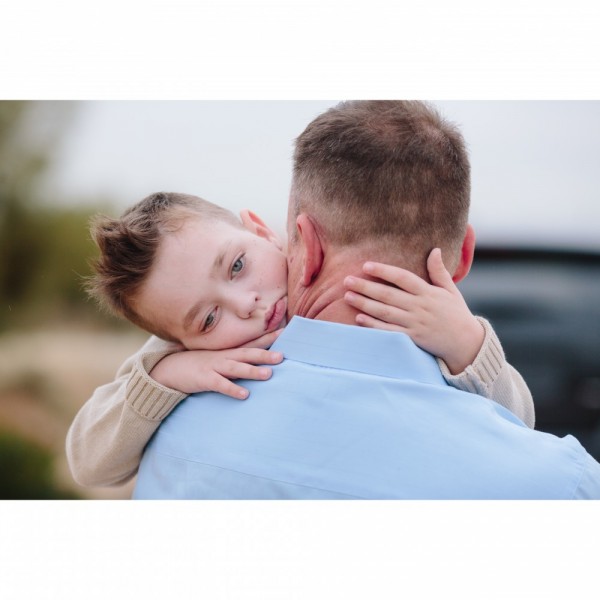 Thank you for supporting me and the more than 300,000 kids worldwide who will be diagnosed with cancer this year. By sharing the gifts of your time, talent and money with the St. Baldrick’s Foundation, you're supporting research to give all kids with cancer a better chance for a cure. Going back to Thanksgiving 2007…My son was vomiting a lot. It first started 2 months prior…just in the morning and then it eventually continued through out the day. He had just turned a year old where we were trying new foods and drinking cows milk…we tried switching his diet but nothing seemed to work. We kept going to his pediatrician and he kept saying he had a “virus”. That Saturday after Thanksgiving…I was working in the hair salon where I got an alarming phone call from my Husband. Jake was now coughing up bile and couldn’t keep anything down. I dropped everything and ran out the door of the salon to meet my husband and Jake at the ER. He soon got admitted for dehydration. Turns out my husband, Jake and I got the 24 hour stomach bug. During his admission I soon started to notice that his right side of the face was starting to paralyze. His pediatrician said…it is probably belspasly from the virus’ and the stomach bug. I was starting to loose confidence in our doctor. Fortunately, my best friend sent her brother-in-law, Dr. Pope, the head pediatrician of the hospital, to come in and talk to us. He wanted to have a GI doctor run some tests the next morning including a sedated endoscope. That night Jake couldn’t eat or drink anything because of the anesthesia that he was going to get the next morning…. He was screaming bloody murder and all I could do to keep him happy was just roam the halls in the wagon…. By 5 am our pediatrician that we lost trust in…. was checking up on us…I told him that I think Jake may have a brain tumor and I think we need to do an MRI…. As he stood they’re thinking really hard…. I was going into panic mode…. as much as I wanted to figure out what was wrong with my son…. I just wanted him to say…. No, NO! Its not that……but he didn’t…..he just said go do your scope and we will talk about it later…..The next thing u know…I was riding down the hallway with Jakie on my lap scared to death. I saw Dr. Pope…the other pediatrician….”Dr. Pope! I think Jake has a brain tumor! Order and MRI…. After the scope…Dr. Pope talked to the GI dr, who found nothing in his GI Track to be concerned about….he ordered the MRI….We soon learned Jake had a brain tumor and we were being ambulanced off to the Children’s hospital. The next day we were talking to Neurosurgeons and scheduling brain surgery to remove the tumor that was the size of a golf ball in the brainstem. They resected the entire tumor but came back with devasting news that it was a brain cancer called AT/RT. Our neurologist flat out told us we need a miracle. This particular brain cancer has only a 10% survival rate and it is super rare. Only 30 kids a year are diagnosed with particular cancer. Soon, We were on the cancer floor spending Christmas with so many families going through Chemo. Jake went through 5 rounds of intensive Chemotherapy, which left us hospitalized 3 weeks out of the month. He also did 6 weeks of radiation, high dose of Chemotherapy followed with a Stem cell rescue…we soon learned there were 3 new tumors in his brainstem After calling around the country asking for 2nd opinions, Including St. Jude’s who told us there was nothing more he could do…it is only quality of life…. we decided to try a different protocol. After 9 months of treatment and Jake coughing up blood and being scared every time the door opened…we had a heart to heart meeting with his doctors…. we asked them straight up…. are we curing Jakie or our we just trying to prolong his life. They said…. At this time we cannot cure Jake. Al and I decided to take Jake home and stop all treatment. We said. We would rather have him go back to God rather then suffering a day more. Jake was now on Hospice…They had us plan his funeral…and I remember signing DO NOT RESESTATE PAPERS (DnR) We didn’t think Jake was going to see his 2nd birthday. I couldn’t understand…I was also pregnant at the time…how could get take a baby from me but then give me another child. Jake did have his birthday in October Jake meet his baby sister on Veteran’s Day Jake got to see another Thanksgiving And another Christmas Soon another year. In March of 2009, we did another MRI…. Those tumors were gone In May of 2009 Jakie graduated from Hospice…. Today Jake is 8 Years old. He can’t talk, he can not walk, he has hearing loss because of the chemo…but Jake is here! I am just sharing this story with you because we all know someone with cancer young and old…. But keep on praying. I believe in the power of prayer and I truly believe in miracles.