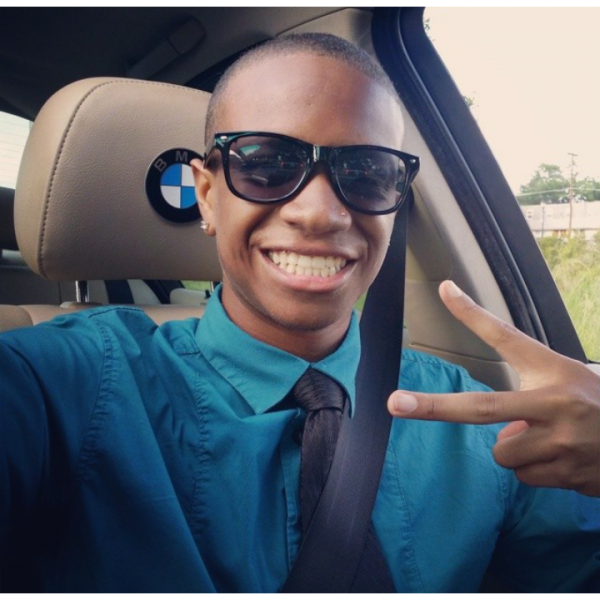 Saturday, November 22, 2014, Kareem died at the age of 19 after living for 7 years with a rare childhood cancer.

Prior to his death, Kareem lived, present and joyous in each moment, with an ever-present smile. Kareem is survived by billions of friends, people he knew and people he had not yet met.

If it was mechanical or electrical, it bent to Kareem's will. If it was competitive, none could best him, especially in video games. If it was artistic, he mastered it with ease.

Through years of chemo, radiation, surgeries, modified living, discomfort and pain, Kareem never changed who he was, never defining himself or his outlook by his circumstance. Cancer was no more than a common cold or an allergy that annoyed but never stopped what could be achieved. Kareem never wasted time worrying about that which had already happened or was out of his control. His primary concern laid squarely with the well-being of his family and friends, and he loved them all.

Once an angel walking amongst us, Kareem now watches over his mother Rakiya Muhammad; 6 siblings, Koy, Khalila, Nasir, Nuri, Nadia and Ahriell; fathers, Adam and Rich; and ALL of us.

In "The Tale of Despereaux", Kate D. Camillo wrote, "The world is dark and light is precious." At first glance, the world may seem a little darker with the loss of Kareem's light, but we will remember that the darkness of his death pales in comparison to the light left in Kareem's wake.

Kareem, we love you, we miss you. We know, as you said moments before dying, you had a good life. And, we know you maintain an eternal smile whose warmth emanates over all of us.