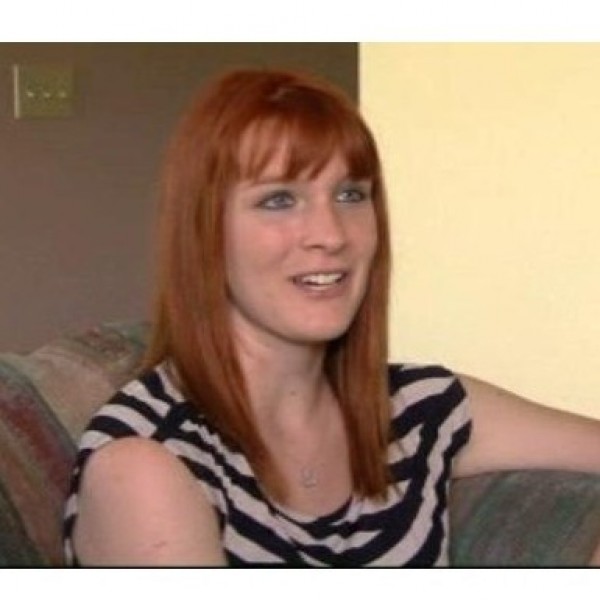 Megan Gibbons, a 19 year-old freshman at Kent State University and a Diamond native, noticed a dark spot on her cheek about the size of a pencil point. She thought it was a blackhead and ignored it. But then it started to grow bigger and bigger to the size, she said, of a "large pea." Worried that it wasn't clearing, she went to her doctor in the summer of 2011, and was shocked by what she was told: Megan had stage 3A melanoma, the most dangerous type of skin cancer and the leading cause of death from skin disease. She had the tumor removed but in its place, she was left with an inch-long rectangular scar on the center of her right cheek. Receiving a very grim forecast, Megan was told that based on the advanced stage of her cancer, she had about five years to live. Alarmed and frustrated by her doctor's prognosis, she and her family decided to seek a second opinion. In December of 2011, they went to the Cleveland Clinic's Melanoma Clinic, a melanoma and soft tissue cancer clinic housed at the Taussig Cancer Center. Megan met with Dr. Brian Gastman, Cleveland Clinic Plastic Surgeon and Head of the Melanoma Clinic, who set her on a course for recovery. ... "I was self conscious about my scar," said Megan. "I wore my hair down more and made sure it was covered up with makeup so people wouldn't see." He excised the mark, and then, separating the skin on her face from connective tissue, he stretched her skin, placing a much thinner scar in the crease of her ear and jaw line. ... Back to looking like herself again, Megan will begin receiving weekly interferon IVs to treat her cancer. In the meantime, she's taking pre-nursing classes at KSU and is feeling much more optimistic about her chances of living a long, healthy life.