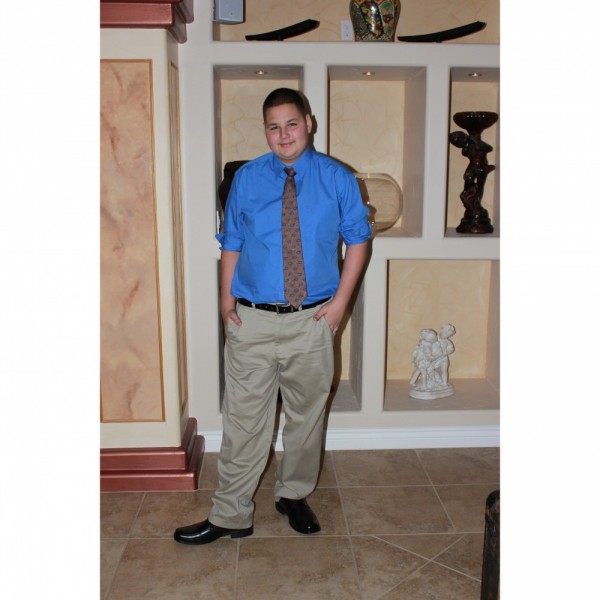 Cristian has been battling cancer since 2011. Unfortunately he has lost his battle with this monster we call cancer and gained his angel wings May 18, 2015. He had been strong and courageous though this all. Everything that he had thrown at him he had fought back.
His battle started when he had some pain in his arm. The boy grew like a tree an inch a minute it seems like so first we thought it was growing pains. The pain then got worse and he was taken to the doctor and they found a massive tumor in his left arm which was osteosarcoma ( bone cancer ). After multiple surgeries and chemotherapy he went into remission the 1st time. He was in remission for 18 months and then it came back but this time in his lungs. He then again had to undergo a big surgery to his lungs and chemotherapy. He was again in remission for the 2nd time.  Now after being in remission for 6 months Cristian had to fight again for the 3rd time. It has come back in his lungs and he will have to undergo another massive surgery. He is the strongest most courageous boy that I have ever met. If Cristian would have been able to overcome the surgery he would have had a chance. He fought like the champion that he was, always with a sense of humor and a kind smile that could light up a room. RIP my sweet angel!  Help him and his family continue to fight this battle that no child or parent should have to go thru. Thanks in advance for all your support.