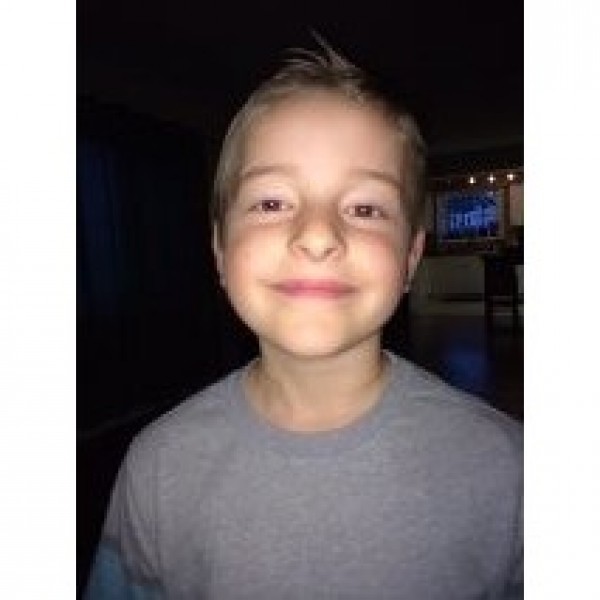 Aiden is the second oldest of 6 kids, Aiden Was born in April 2006, when Aiden was born he had some issues digesting food and had some jaundice but after a week in the NICU Aiden got to come home to his family and big sister Chloe. Aidens battle with cancer we believe began at birth but wasn't discovered until he was 10 weeks old. Thanks to Our amazing friend and Emergency room nurse Marlene Lance who noticed that Aiden was struggling after many emergency visits. She and  Dr. Spiller who work at the Kirkland and District Hospital got a referral ready for Aiden to go to North Bay General Hospital to see Dr. Madden, a pediatrician.  Afer a five minute appointment Aidens Tumor was found by a rectal exam and the fast pace of tests and exams began.  Aiden along with his mother were flown 8 hrs away from home to CHEO in Ottawa and his dad Aaron drove and met them there on July 1st , 2006 ,Canada Day. Aiden endured a year of chemotherapy and surgeries and was in remission in July 2007. During that year Aiden along with his mom and dad stayed at the Ronald McDonald House in Ottawa since home was 8 hrs away. For 6 months Aiden was in remission and enjoyed being at home in Kirkland Lake Ontario. At a routine MRI scan in January 2008 Aiden had relapsed. This time the cancer had grown from his prostate into his urethra and bladder. After a radical surgery to remove all of the disease Aiden was left with a Urostomy and began another year of chemotherapy and radiation therapy. After enduring 42 weeks of treatment Aidens body could no longer fight a chronic c-difficile colitis that he would get after each chemotherapy. Aidens parents and amazing oncology team decided it was best to stop treatment and hope for the best. Aiden is now in remission since June 2009 and loves his life! He is a funny and caring young man and fights everyday to do normal everyday things! Having chronic pain, bowel overflow incontinence, and a permanent Urostomy does not slow this kid down!! He is truly a demonstration of how we should not take life for granted! Aidens message to others is "live your life and don't give up, no matter what" Thank you for supporting me and the more than 300,000 kids worldwide who will be diagnosed with cancer this year. By sharing the gifts of your time, talent and money with the St. Baldrick’s Foundation, you're supporting research to give all kids with cancer a better chance for a cure.