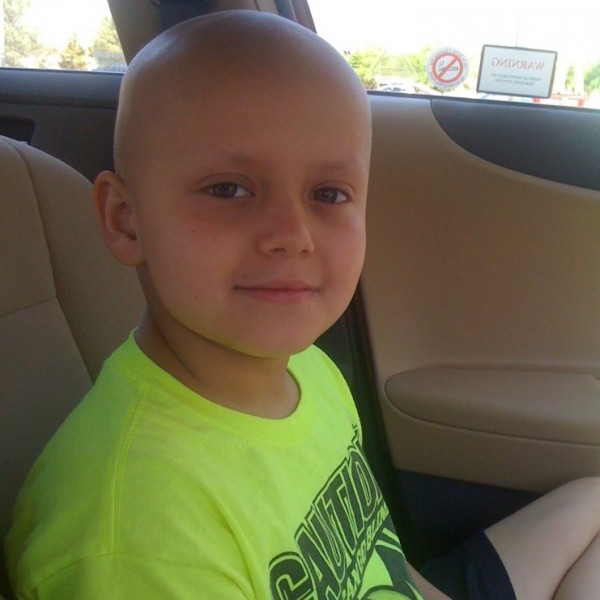 Nicholas was very sick and could not walk on the second day of 2nd grade. He had his mother carrying him to the bathroom just to take a "Waz" as he would call it back then. He was so full of light and hope and happiness until he started to get these pains. I remember thinking they were growing pains. His mother grew overly concerned. What was supposed to be Nick's 2nd day of 2nd grade we found ourselves waiting in a hospital for over 24 hrs. We were told he had stage 4 Neuroblastoma cancer. The very next day he went under the knife to have a tumor the size of a man's fist removed near his chest next to some very vital organs. We never got to research who the surgeon was or where he graduated or how long he was in his field. Nick's mother and I had no other option but to put a lot of trust in the words of other doctors and people we did not even know. Nicholas's journey has been like every child's living with or having survived cancer. There's the up times and the downs. He has always for the most part kept a smile and a laugh or two. When he went through Chemotherapy he was losing his hair at the breakfast table one morning. He said in a real calm and collect voice. "Dad, you don't have to shave your head." He stated he would get his own hair back soon and that I had no reason to shave my head... That week he went completely bald. He never complained about losing his hair come to think of it. God bless such brave young man. Fast forward 4 years later and here we are! I am shaving my head in honor of him and multiple other children with great minds and big hearts. One's that want to live and survive and the one's that cannot simply fight any longer. I am doing this for the Angels and the cancer warriors. ~Sean M. Miller