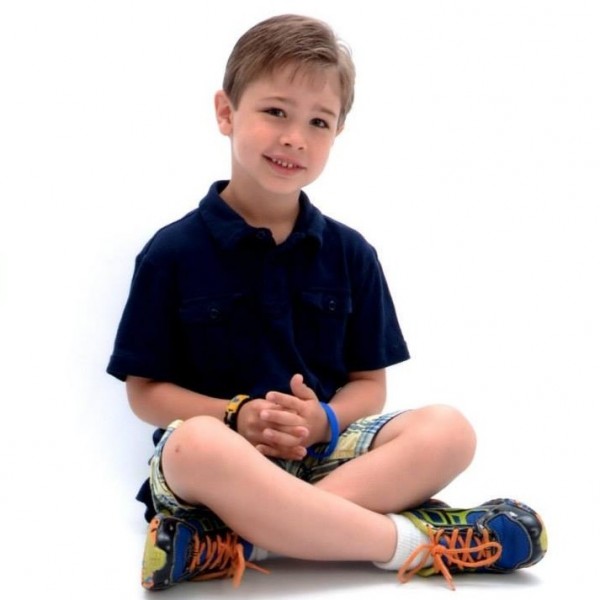 We took Ronny to a MedCare Express for what appeared to be a swollen lymph-node on Wednesday, December 24, 2014. The doctor gave us an antibiotic and instructed us to see our primary care if the swelling didn't go down by Monday. On Monday, the swelling looked much bigger. I called his doctor, and we got an appointment for the following morning. On Tuesday, December 30 at 10:30, we entered a whirlwind! First, the primary care doctor did a strep test which revealed strep after 6 days of antibiotics. When they looked at his throat, he said it was really swollen. His right tonsil was almost touching his left tonsil. My first thought was it looks like we're having a tonsillectomy. The doctor called an ENT who took us immediately. The ENT checked him out and said he was really concerned. He wanted to do a CT scan, but he wouldn't be able to sedate him because he wouldn't be able to intubate him should his airway close completely. Why would a 7 year old need to be sedated for a CT scan, you ask? Because Ronny is also high-functioning autistic making it difficult to do things that require him to sit still especially things he's never done and can't comprehend due to his lack of cognitive ability. The ENT admitted Ronny to the Pediatric ICU. As soon as we arrived; he was put in the bed, given an IV, taken for a chest x-ray, then for a CT (which he did REALLY well in) and then he was immediately rolled away to the operating room. When he was returned to his room in the PICU, they had performed a tracheotomy and a biopsy. He was then kept in a medically induced coma for a week. We were told on December 30, 2014 our Ronny had cancer. Five days would pass with various scans and tests being completed. Additional tumors were found in one of his kidneys. On January 3, 2015, the official diagnosis was presented. Ronny has Stage 3 Burkitt's Lymphoma. Chemotherapy was started immediately. And, after 18 days in the hospital, the trach was removed and Ronny was allowed to go home. We still have many weeks of chemo to go which will be done in-patient, but the tumors are responding to the treatment very well. We are looking at 93% chance of remission with only 5-10% chance of recurrence. Pray, fight, win! If you'd like to follow Ronny's day-to-day, you can visit www.facebook.com/theronnytrain. Thank you for supporting me and the more than 300,000 kids worldwide who will be diagnosed with cancer this year. By sharing the gifts of your time, talent and money with the St. Baldrick’s Foundation, you're supporting research to give all kids with cancer a better chance for a cure.