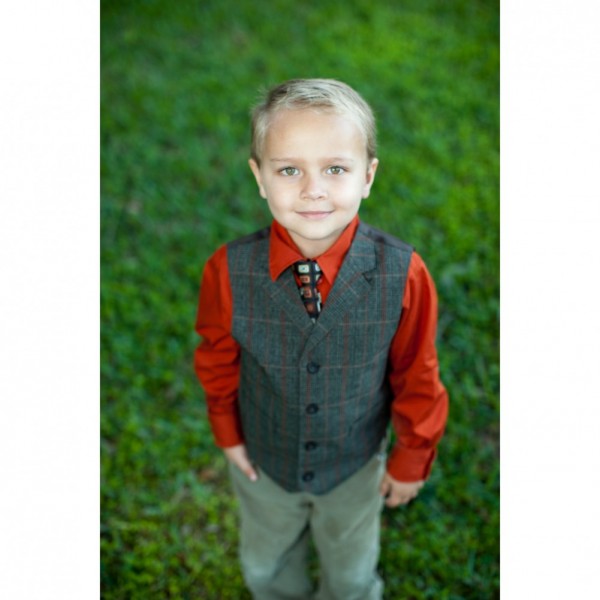 Patrick Thomas Edwards was born on February 2, 2010. He was my first baby. I was mad in love. ‘But something wasn’t right’. He didn’t sleep well. He cried. He began throwing up with no obvious explanations. He was big and strong. He reached all of his milestones ‘on time’ so there didn’t seem to be much worry from anybody I turned to for advice. ‘But something wasn’t right’. Since he was my first baby, it felt that many people thought that I was just overreacting and that I was unprepared to transition into life with a newborn. On one of his sleepless nights, in the middle of a typical 2-3 hour crying fit, I felt a lump in his left side. I cuddled him until he slept and then I went to sleep. It was the last night of sleep I was to get for a long time. We were on our way to the beach for vacation the next morning. I figured we would just ‘run in’ to the pediatrician to get it checked out. She took one look and sent us to Miami Children’s Hospital. The wait wasn't agonizing because I had NO clue what was about to happen. In the middle of a dark ultrasound room, with my 15 month old crying as he didn't understand why we were restraining him, the Chief of Surgery told me Patrick had a tumor. I lost it, naturally. The following days were blurry but I remember tests and blood work and tumor resections and nephrectomy and admissions and ports. It was a whole new world. It was a whole new language I was being forced into learning to speak. Everybody told me that ‘if he had to have cancer, this was the BEST one to have…’ EVERYBODY. I smiled on the outside. I screamed at them inside: ‘It doesn't matter! It’s cancer!’ I know they were trying to help…but they never did. He finished his chemotherapy on November 1, 2011. December 4, 2011’s CT scan showed spots on his lungs. His doctors all dismissed it as ‘inflammation’. February’s CT showed spots again and again they all dismissed it as ‘inflammation’. March 18, 2012 brought me back to the emergency room. I found another lump. He had relapsed. The tumor had grown back. The lung spots were quickly biopsied and proved to also be cancer. This round of treatment was difficult. The medicines were stronger and there were more of them. He had another resection. And he did 20 days of radiation. And he smiled through it all. Patrick ‘The Viking’ finished his treatment for his relapsed Wilm’s Tumor on Nov 3, 2012. His remaining lung spots were now scars that were removed on Feb 1, 2013. His port was removed July 1, 2013. His scans in December 2014 were clear. He is an unknowing inspiration to all he meets and is my brave hero.