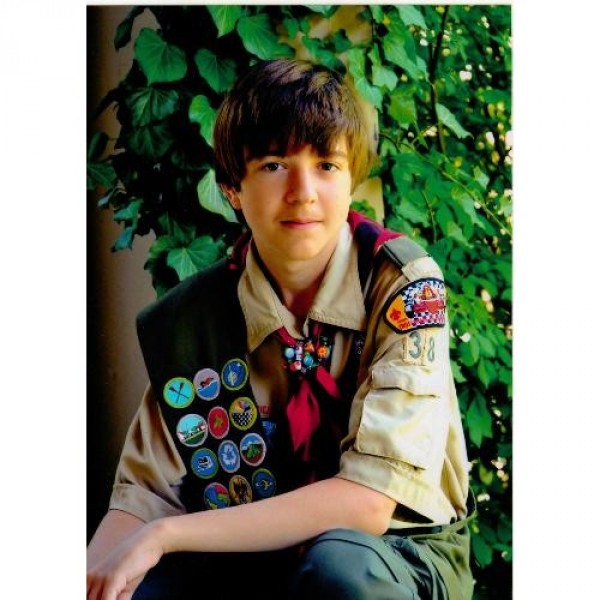 Terre Haute, IN, US

Thank you for supporting me and the more than 300,000 kids worldwide who will be diagnosed with cancer this year. By sharing the gifts of your time, talent and money with the St. Baldrick’s Foundation, you're supporting research to give all kids with cancer a better chance for a cure. Jeremy was diagnosed with biphenotypic leukemia on Valentine's Day 2008. Biphenotypic means that he had markers for both ALL and AML leukemias. He was treated with chemo from February 2008 through September 2009. He had been in remission for 3 years when he relapsed in April of 2011. At that time he was treated with chemo and underwent a bone marrow transplant. He was in remission again until August of 2012. He relapsed with a chloroma around his eye and down his jaw. He was treated this time with chemo, radiation and another bone marrow transplant. His second transplant took place in March of 2012. He was in remission this time until last October of 2012. He was placed on another chemo regimen. The beginning of December of that year we were told that his leukemia was aggressive and we were out of options. He was given a palliative round of chemo so that he would be feeling well for a trip we had planned. We went in after our trip for a routine blood count and dr visit. His counts at this time showed no blasts. He was once again in remission. He relapsed a fourth time in March of 2014 and was placed on another chemo regimen and once again achieved remission. At this time we went to Johns Hopkins to participate in a clinical trial. Jeremy underwent a third bone marrow transplant. This transplant was a half match transplant with his father as the donor. Jeremy did well through the transplant. Unfortunately he developed two viruses that depleted his new marrow. With no immune system to help fight infection he developed a fungal infections which took over and caused his kidneys to fail. Jeremy passed away on November 29, 2014 after fighting leukemia courageously for 6 1/2 years. At the time of his passing he was leukemia free.