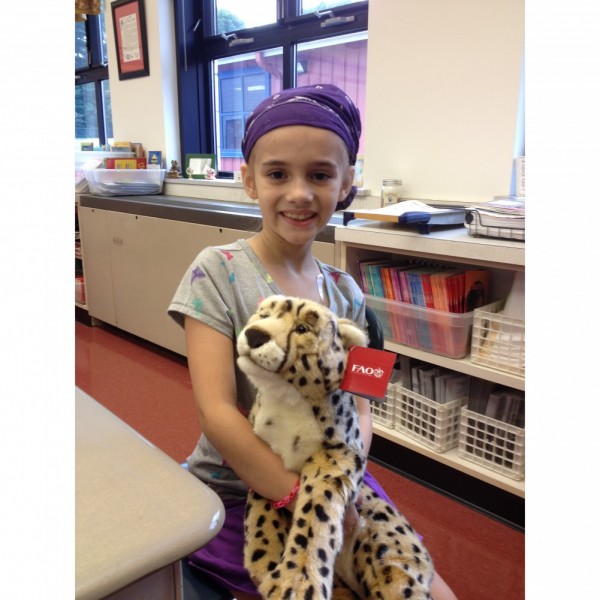 Lyla Bogardus was first diagnosed with rhabdomyosarcoma, a rare cancer of the muscle cells, in December of 2009, when she was only two and a half years old. After almost a year of treatment, including major surgery, chemotherapy and radiation, Lyla was cancer free. In July of 2011, a new rhabdo tumor was discovered during a follow-up scan. Lyla underwent another major surgery, chemotherapy, and radiation. In May of 2012, she was again cancer free. For two years, she remained cancer free and lived like a normal kid, going to school, joining Daisy Scouts and playing basketball. This past June, on the last day of school, another rhabdo tumor was discovered. Lyla had another major surgery in July, and finished 20 days of radiation in September. She fought long and hard. Lyla passed away on Christmas morning with her family surrounding her. Rhabdomyosarcoma is a very rare cancer. There are only about 350 cases of rhabdo diagnosed each year in the United States in children under the age of 21 years. About four children per million healthy kids under the age of 15 will develop rhabdo each year. Five facts about Lyla’s treatment over the past five years: Lyla has had 82 days of chemotherapy, and counting; Lyla had been under anesthesia over 70 times; Lyla had 68 days radiation treatments; Lyla had over 20 CT scans to check for disease; Lyla had three major surgeries to remove tumors. Five fun facts about Lyla: Lyla’s favorite color was purple; Lyla’s favorite Disney character was Queen Elsa from Frozen; Lyla’s favorite movie was Wall-E; Lyla loved all animals, especially birds, cheetahs, horses and wolves; Lyla loved hanging out with her friends at Brownies.