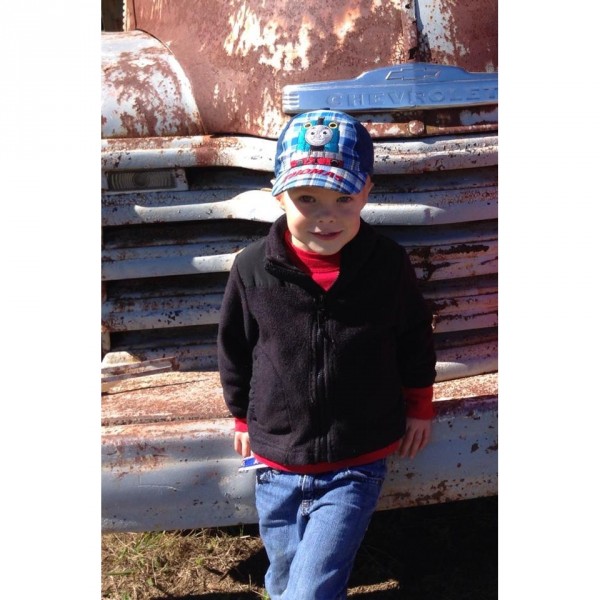 Thank you for supporting me and the more than 300,000 kids worldwide who will be diagnosed with cancer this year. By sharing the gifts of your time, talent and money with the St. Baldrick’s Foundation, you're supporting research to give all kids with cancer a better chance for a cure. David turned 4 years old on April 21, 2014. We went to the pediatrician that day because his little brother was sick, but since the office was slow, we decided to get David's well-check done while we were there. Our pediatrician felt a mass in his abdomen and sent us in for an ultrasound first thing the following morning. On April 22, 2014, our world turned inside out, upside down, and every direction in between. The ultrasound showed a very large tumor on David's right kidney and several smaller tumors on his left....bilateral Wilm's tumor...the C word. The next day we were admitted to the hospital where David would get his port placed and his first chemo treatment, all within the first week of turning 4. Instead of celebrating with cake and a party, we were being introduced to the world of childhood cancer. After 12 weeks of chemo, David underwent major surgery to remove his right kidney and half of his left. He then received 6 rounds of radiation and 15 more weeks (5 treatments) of chemo. He received his last chemo treatment on October 28, 2014 and is now in remission! David is left with half of a kidney, and we are left with a much stronger faith and appreciation of life in general. We have been blessed with an amazing Oncology team, an incredibly talented surgical team, and the most loving and supportive friends and family. But we have also been faced with childhood cancer, and well, that stinks. We need a cure!