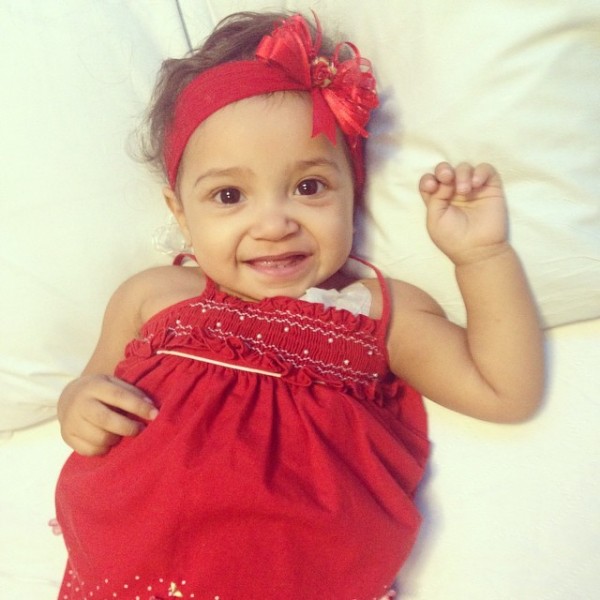 Sophia is my second daughter born in September 2013. She is an absolute joy to be around. She just turned 1 and has proven to be the happiest and sassiest little girl you will ever meet! She is an absolute joy to be around and her smile will light up any room and you can't help but to smile back. This past August, she was having a difficult time sleeping, just constantly crying through the entire night, vomiting, not eating and with constant fevers. We thought that this had something to do with her teeth coming in so we tried our hardest to keep her comfortable and push on. One day, we noticed that one side of her stomach was distended and really hard. I called the doctor the next morning and got her checked out. It was during that doctor's appointment where I got a phone call from my parents and the nurse at the doctors and they told me they were sending her to the E.R. At first, they told me it might be gas and that she probably had an enlarged liver and that it wasn't a big deal. After doing an x-ray, the doctor noticed something strange and called for more tests and that's when she told me that Sophia had a tumor inside of her stomach that took up the entire right side of her abdomen and it's pushed all of her other organs to the other side. It was so incredibly difficult to believe that this disease would attack such a small baby but it was confirmed. I burst into tears! All I could think about is will my daughter die?! We were immediately admitted and had a Biopsy done that Monday morning and confirmed that Sophia had a Wilm's Tumor. It has only been 2 months but we are handling it pretty well even though she has had to be admitted several times due to high fevers. She is currently in treatment and is scheduled to get the tumor removed on October 23rd. Please pray for our angel and pray that she gets well as soon as possible.