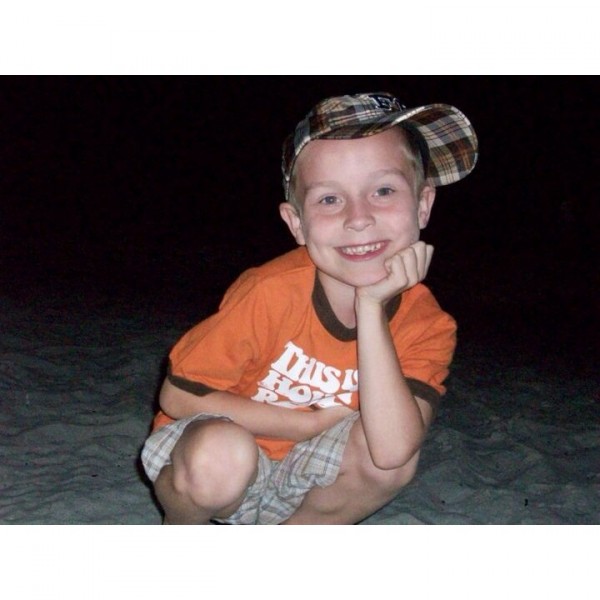 Skyler was a very intelligent, beautiful, sweet, artistic boy. The doctors found a tumor in his brain in 2012 and decided to just do an MRI every so often. After about a year they said it wasn't going to cause him any trouble. Over the last few months before diagnosis his behavior became horrible. They said he had a whole list of mental illnesses. On the 28th of June In 2014 we took him to the ER and they told us it was medication related even though he hadn't taken medicines for 2 days. After he complained his vision was becoming worse we took him back and demanded they check his brain even though the doctor insisted it was just a new behavior he was doing for attention. After they did a CT they told us his tumor had nearly tripled in size. The next day he had emergency surgery on his brain. About 10 days later we found out he had the most deadly form of brain cancer, a glioblastoma multiforme. He fought very hard but lost his battle only 26 days after surgery. Thank you for supporting me and the more than 300,000 kids worldwide who will be diagnosed with cancer this year. By sharing the gifts of your time, talent and money with the St. Baldrick’s Foundation, you're supporting research to give all kids with cancer a better chance for a cure.