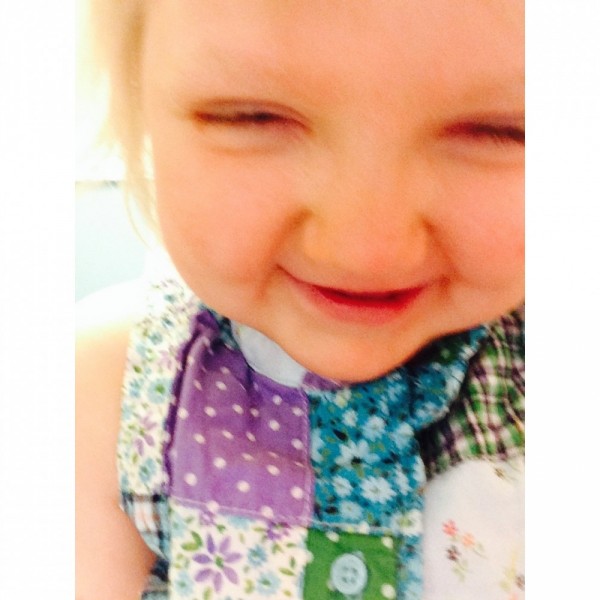 Thank-you for reading Phoebe's story and supporting very important and much needed childhood cancer research. Phoebe Rose was 9 weeks old when she was diagnosed with MLL infant Acute Lymphoblastic Leukemia. We were just beginning to get to know her and happily adjusting to life as a family of four (Phoebe has the world's greatest big sister), when our lives were instantly and forever changed. Phoebe was given a 15% chance of surviving her disease and treatment and treatment consisted of six months of chemotherapy followed by a bone marrow transplant. All of this time was spent in one of two hospitals and for most of it, Phoebe was too sick to leave her room. She met her many milestones, celebrated her first Halloween, first Christmas, first birthday, saw the new year; all within the confines of a very small room. When she was finally finished treatment, she was weak, unable to sit up or stand by herself and was completely tube fed. After 9 months in the hospital where we witnessed Phoebe fight daily just to survive, we finally went home. 10 days later, Phoebe relapsed. We were told there were likely no options to treat and cure her of her disease and were advised to bring her home and keep her comfortable. We looked at Phoebe, who for the first time in many months looked "well" and full of joy, and we took this as a sign. She was our leader and we decided to do what we could to help her fight this cancer. Phoebe was enrolled in a phase 1 clinical trial at the Hospital for Sick Children in Toronto - it was experimental but promising and that was enough to move forward. We prayed and hoped for more time. The trial was not as successful as we hoped but it did bring Phoebe's disease burden down. She was started on a reinduction of chemo and we applied for her passport with plans to travel to Memphis, TN and St.Jude Children's Research Hospital. Treatment at St.Jude offered hope and we still believed and hoped that Phoebe could be cured. Truly, we were desperate for more time ... At St.Jude, Phoebe received natural killer cell therapy followed by a KIR mismatch haplo-identical stem cell transplant. This transplant was innovative and different and used cells harvested from her mom. It worked. Phoebe was in remission and after 8 months in Memphis, we started to put our lives back together.  We celebrated and lived life. 10 days after a year without cancer, a large leukemic tumor was discovered in Phoebe's pelvis. Her kidneys were failing and once again, we were searching for treatment, grasping at straws and clinging to hope. Phoebe received 10 days of focal radiation followed by a year of maintenance chemo to treat this relapse. She completed treatment on March 21st 2014.  On May 27th, 2014, Phoebe's cancer returned for the third time. We found hope in a targeted phase 1 clinical trial. The first of its kind to specifically target the MLL gene rearrangement. Unfortunately, it was unsuccessful and so Phoebe was started on more chemotherapy with hope of remission. Despite all that she had been through, Phoebe was a beautiful trooper. She spent most of her days running, chasing, playing, laughing, climbing, mostly attached to her big sister, and with a love for life that is truly remarkable. To Phoebe, everything was spectacular and worthy of joy. We loved to watch her live and thrive and each day with our family complete was a gift.
Phoebe died on November 18th, 2015. She was 5 years and 3 months old. Phoebe is deeply missed and we thank you for helping to raise funds for childhood cancer research.