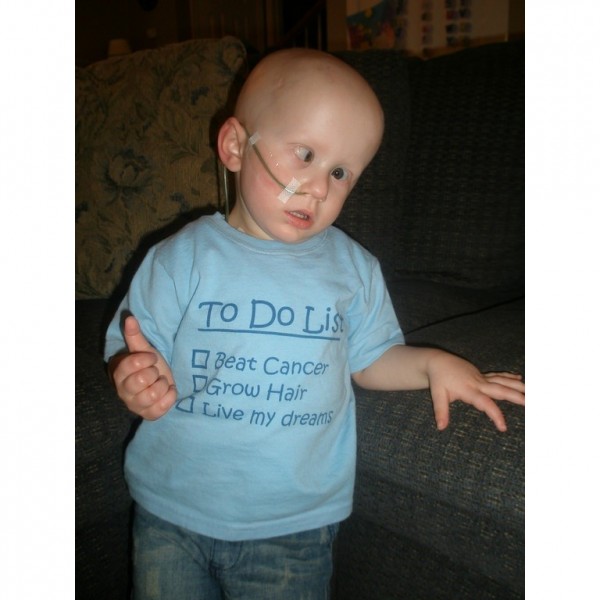 Thank you for supporting me and the more than 300,000 kids worldwide who will be diagnosed with cancer this year. By sharing the gifts of your time, talent and money with the St. Baldrick’s Foundation, you're supporting research to give all kids with cancer a better chance for a cure. My name is Collin, and I was diagnosed with stage 4 medulloblastoma in April, 2010 when I was 16 months old. I had brain surgery, chemo, a stem cell rescue, and 8 months of maintenance chemo. Less than two months after finishing maintenance chemo, I relapsed for the first time. I had more chemo, gamma knife to the area of relapse, and more maintenance chemo. I took part in a phase II drug trial at MSKCC, but after completing the trial, I relapsed a second time. So, in 2012, my family and I spent the second half of the summer in Houston at MD Anderson where I had proton radiation to my brain and spine. I finished another year of maintenance chemo in November of 2013, and reached a first-time milestone of one whole year of clear MRIs. I've had two more clear MRIs since November, which are the first MRIs to remain clear despite having been off chemo. Since my tumor resection in 2010, I have relearned to swallow, talk, sit, and stand, and I'm now working on running and jumping. I receive PT, OT, and ST every week, and have been having acupuncture treatments since October. I greet each day with joy, and my mom says I never complain. She also says I have a great sense of humor, and that I'm more courageous than she could ever hope to be.