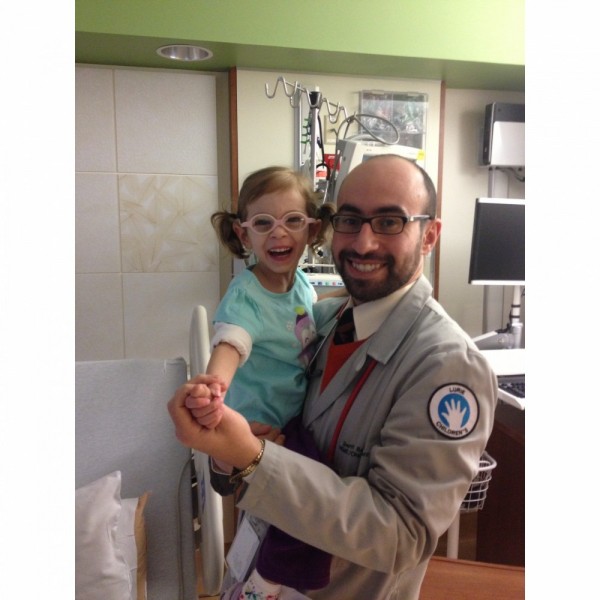 Quick Facts: November 26th - Whitney was taken to local ER with severe stomach pains. An ultrasound and CT scan showed that her right kidney had a large mass of blood surrounding it. November 27th - She was transferred to Lurie Children's Hospital in Chicago for further review. November 28th - A surgical oncology team informed us they would operate on Whitney the next day. A cancerous tumor called a "Wilm's Tumor" was highly suspected. November 29th - Whitney's right kidney and surrounding lymph nodes were removed during surgery. December 4th - It was confirmed that the mass was a "Wilm's Tumor." Because the tumor had ruptured Whitney's cancer was considered a "Stage 3." December 11th - Whitney started 8 days of radiation and her first round of chemotherapy. If all goes as scheduled, Whitney will have her final chemotherapy treatment in early June. Most recurrences appear in the first two years, but can also show up 5 years later. Whitney will have to undergo regular tests for years to ensure the cancer has been eradicated. Since this journey began for Whitney and our entire family, we have been overwhelmed by the prayers and support of our family, church family, and friends. We thank God for you. God's kindness is definitely made known to us through you.