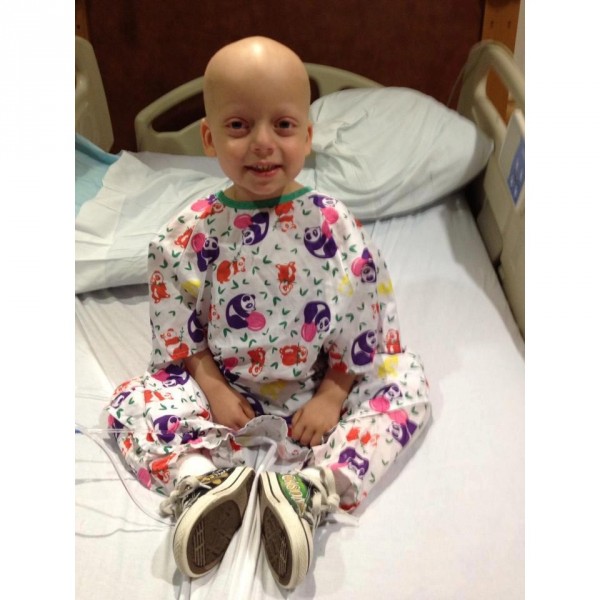 Embryonal Sarcoma Of The Liver

On October 30, 2012 Jackson was diagnosed with stage 3 Hepatoblastoma. He was 3 years old at the time and went from a typical energetic 3 year old boy, to a very sick pediatric cancer patient. From October 30, 2012 to the end of January 2013 Jackson spent all but ten days in the hospital receiving chemotherapy, recovering from the side effects and battling the infections that made him so sick. He received 4 rounds of very intense chemotherapy, in the hopes that the tumor would shrink and be safely removed. Scans after the fourth round showed that the tumor had not shrunk, but in fact grown to take up 90% of his liver. It was at this time our doctor informed us that the surgeons at St. Louis Children's Hospital could not remove the tumor, and would not put him on a transplant list. We were told that we could take him home and make him comfortable until he passed away. We prayed about it for a couple days and then decided that we could not give up on him that easily. My wife and I set up evaluations at three different hospitals to see about getting Jackson on the transplant list. The first hospital we went to was at Pittsburgh Children's Hospital, because they were the leading hospital for pediatric liver transplant. After a week of tests and scans, the surgeons there said they would except his case and put him on the list. Between the time of listing and the transplant Jackson received 3 more rounds of chemotherapy in the hope that the cancer wouldn’t spread. On April 24th, almost three months later, we received the call that a liver had become available. From the start the new liver has functioned perfectly. There have been only minor issues that have been easily fixed. Our family spent 4 months at the transplant center with Jackson, helping him recover from the surgery. When he first started out he could only walk a couple steps, and had difficulty with simple tasks such as eating and talking. After 4 months of intensive physical therapy he was able to walk out of the hospital on his own. One year after the transplant he walks, runs, climbs and plays like a normal boy his age. He has also had several scans and tests that have reported no signs of cancer. While it is too early to declare him cancer free, the doctors are very optimistic that the cancer won’t come back. Jackson is now 4 years old. He will start preschool next year which will be his first time. He loves trains, Spider Man and the Green Bay Packers. Jackson has an infectious personality that draws everyone close to him. The nurses at St Louis Children's Hospital have started calling him the Mayor of the Oncology floor due to his outgoing personality. You would never think that he has ever met a stranger. Most importantly, he has become an inspiration to thousands of people who have followed his story of courage and survival.