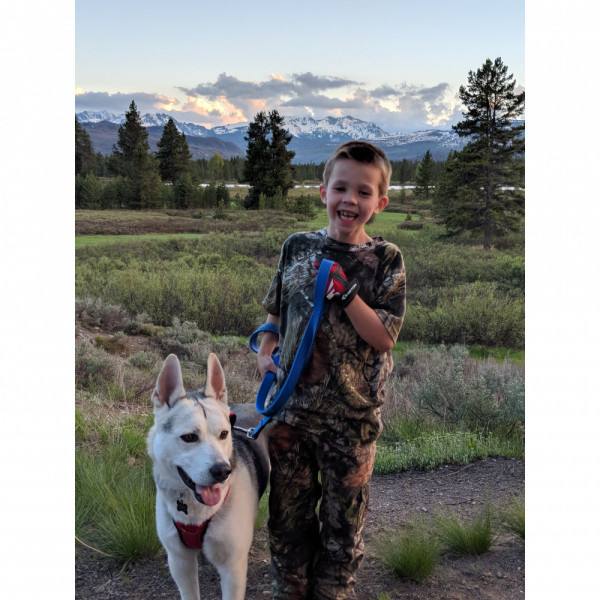 On May 26, 2013 Mason was diagnosed with acute lymphoblastic leukemia (ALL). His diagnosis came after he had suffered a T12 vertabre compression fracture in April and a heel fracture in May. During his May doctor's visit for his heel fracture, his orthopedic doctor believed there was something more "going on" with him. She called his primary care physician and a couple days later Mason had blood work done with concerning results. After immediately discussing the lab results with Mason's doctor, we were told to get Mason to Children's Hospital in Denver. Because Mason's hemoglobin was so low, there were times during the drive through the mountains he would doze off to sleep with his skin color changing from pale white to ashen gray and then pale white again. After arriving at Children's Hospital in Denver and being admitted as an inpatient, Mason was diagnosed within 24 hours with ALL. Twelve hours after diagnosis he was scheduled for surgery to have a central line mediport implanted and subsequently started chemotherapy immediately. After 7 days as an inpatient, Mason got to go home to Grandma and Grandpa's house in Parker. He stayed in Parker for several weeks with scheduled outpatient visits at Children's twice a week. By the end of June, Mason acheived remission and was able to head home to Grand Junction just after the 4th of July. Mason's treatment has been ongoing with frequent trips to Denver and his maintenance chemotherapies will continue through August of 2016. As of today March 27, 2014, Mason is continuing to tolerate and respond to treatment. God willing he'll finish treatment in 2016 and go on to live a full and happy life. Many thanks to everyone. 2016 Update: Mason is doing well and has just about wrapped up Kindergarten. Spring baseball started a few weeks ago and swim lessons are right around the corner.

2017 Update: Mason finished treatment and can get back to being a kid again.

2018 Update: All is well!   Thank you for supporting Mason and the more than 300,000 kids worldwide who will be diagnosed with cancer this year. By sharing the gifts of your time, talent and money with the St. Baldrick’s Foundation, you're supporting research to give all kids with cancer a better chance for a cure. Childhood cancer is one of those things that just shouldn't be...........