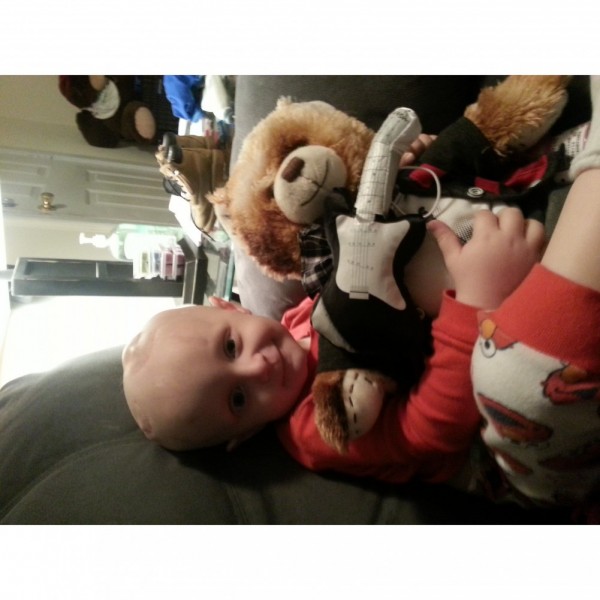 Weston was born on 9\20\2011. From the age of six months old and on he was always sick with fevers viruses and ear infections. He had more emergency room visits than I can count and was at the doctors atleast once a week. I was always told there was nothing seriously wrong with him and all kids get sick like he does. In the summer of 2013 he started having balance issues and he wasn't walking anymore. I brought him to the emergency room and the doctor did a CT scan. It was at that time I was told he had a tumor. He was admitted immediately and further imaging was done. They did an MRI and I was told that the tumor did not spread to his spinal cord but it was attached to brain stems and they would not be able to remove the whole thing. I was told if I waited two more days to bring him in he would have died in his sleep because all the fluid in his brain would have suffocated him. He went in for his surgery on August 1st. It was on that day that they told me his tumor was malignant and it was a cancer called ATRT. It is very rare and aggressive. His surgery was 14 hours long and when he finally got out of surgery I was told that contrary to what they thought the whole tumor was completely removed. He started chemo three weeks later and has twenty five more weeks to go. The surgery had many bad results. It caused him to have permanent vision and hearing impairments. He now wears hearing aides. He also has to relearn to speak and walk and does not eat anything. He is working with all specialists to get all his motor and communication skills back. He receives chemo every three weeks and ever since his surgery he has had no evidence of disease but we still have a long way to go. Thank you for supporting me and the more than 300,000 kids worldwide who will be diagnosed with cancer this year. By sharing the gifts of your time, talent and money with the St. Baldrick’s Foundation, you're supporting research to give all kids with cancer a better chance for a cure.