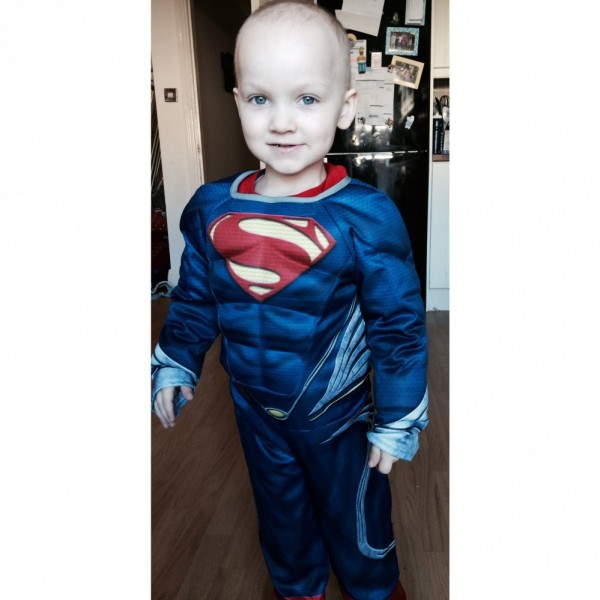 Gavin was diagnosed with a rare form of cancer known as Rhabdomyosarcoma on 19th October 2011 at the age of 18 months old. He had a small lump on his bum cheek which we then found out was a large tumour which was covering his whole pelvic region and had also spread to his lungs. After 6 months of intensive chemotherapy in March 2012 they were then able to operate and remove the tumour, which was amazing news but they, chemotherapy alone was not enough to stop it coming back. We then were sent to Switzerland for Proton Therapy treatment, which is a special type of radiation. He had to have 28 sessions of this radiation every day, so the whole family moved over there for 7 weeks. When we returned to Ireland the plan was for Gavin to have more chemotherapy until April 2013, but unfortunately we found out the day before Gavin’s 3rd birthday in May that the cancer has returned. In July we were accepted by a hospital in Amsterdam to receive a new radiation therapy called “Brachytherapy” and for Gavin to have multiple surgeries to remove the tumour again, which was located in Gavin’s pelvis. Gavin has been receiving chemotherapy treatment in Our Lady's Hospital, Crumlin, for over 2.5 years now, and is ongoing. Just this week we have been told that another tumor is growing in Gavin's Pelvis. This is the worst possible news for us all. We are now faced with uncertain times ahead but we are not giving up...Never We have a blog website where we have documented all Gavin’s Journey to date if you would like to have a look. http://teamgavinglynn.ie John (Gavin's Dad)