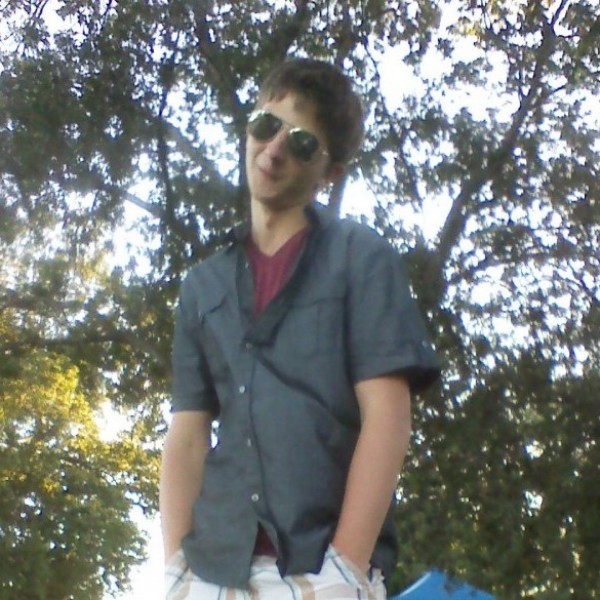 Ethan was diagnosed when he was 15, February of last year. He had symptoms for a couple months that we didn't connect to cancer, like he was tired a lot (which a lot of teenagers are), he developed a cold intoerance when he swam (he was on the water polo team), he got moody (again with the teenager thing), but then he got sick. I thought he was getting the flu because he had a fever, didn't want to eat or drink, and his muscles hurt. The day before he got the fever he was playing piano at school (he is the jazz piano player in the band), and he called me because he said his fingers weren't working and it scared him. I called the pediatrician after I picked him up and they said bring him in for a mono test and a flu test. We went and got his blood drawn and that night he got super sick, with night sweats. The next morning was Valentine's Day and the pediatrician called up saying we need to take Ethan to the emergency room at UC Davis right away, but he would 'nt say why other than something came up in the blood test. We got to the ER and waited for hours, meanwhile Ethan was fading away. He had walked into the ER under his own power, but I had to get him a wheelchair while we waited because he said his knees were hurting and his hip hurt worse than anything he had ever felt. When they did call him back they bombarded him with tests. At one point they took him back for a chest x-ray and when they had him stand up he fainted. After a while a team of white coated doctors came in and bluntly said, "Ethan has leukemia". I yelled at them that they were wrong and he can't get sick. Then the tears came, but Ethan was calm. He said, "I'll be fine". They wheeled him up to Pediatric ICU and we were there for 9 days. Ethan's kidneys were in horrible shape, we found out he had a heart-block and a prolonged QT with his heart also. He couldn't walk because the white blood cells in his hip bones were multiplying so fast that they were making the marrow in his bones expand, he said it was the most pain he had ever felt. Ethan was hooked up to so many tubes, electodes, and machines. He slept a lot from all the medicines and pain killers and because he flet horrible, it didn't help that someone was in there every few hours to take a blood sample either. Once he was stable they took him to the operating room for a bone marrow aspirtion, philadelphia gene test, and a spinal tap to make sure they knew what kind of cancer they were dealing with and how far it had spread. It took about 3 days to get the results, which during that time we didn't know what stage he had, what type he had for sure, and if he needed a bone marrow transplant right away or not...we didn't know if he would live. When we got the news that he had Chronic Myeloid Leukemia it was a relief in a way. Of the cancers it could have been this was more manageable in a sense. It had not spread to his spinal fluid yet and it was in the chronic phase. With this information they put him on a newer oral chemotherapy called Gleevec. It was helping, but he had to stay on kidney meds, and they put him on hydroxyurea (a chemo with horrible side effects) to get his white blood cell count down. He got to come home and was out from school for almost 3 months. He imporved so much that they took him off of the kidney meds and hydroxyurea and he was able to go back to school on and off. He was sad that he couldn't be on the water polo team anymore because he now had low platelets (he could bleed to death if he gets hurt). He was still sickly and tired, okay he still is...but the prognosis was good. He was getting periodic bone marrow tests and genetic testing to measure the levels of leukemia. Then this January his routine test showed that his cancer had tripled. His oncologist thought he may have developed a mutation that sometimes occurs that makes the chemo ineffective. So, he got switched to Sprycel, another chemo with horribly bad side effects. He had to go back on home hospital (doing school from home) while on this, until we got the test results back. Luckily the results showed that there was no mutation and he went back on Gleevec, but at a higher dose. Now he is VERY tired, but without the side effects that make him so sick. We had a BCRAbl genetic test done just Monday to see if this is working at the higher dose, if it isn't then he either needs to change chemo again or get the bone marrow transplant. He is lucky that his 10 year old sister is a perfect 10 out of 10 bone marrow match for him, but with his heart and kidney issues it makes a transplant more risky. We hope we don't have to think about that scenario for a long time.