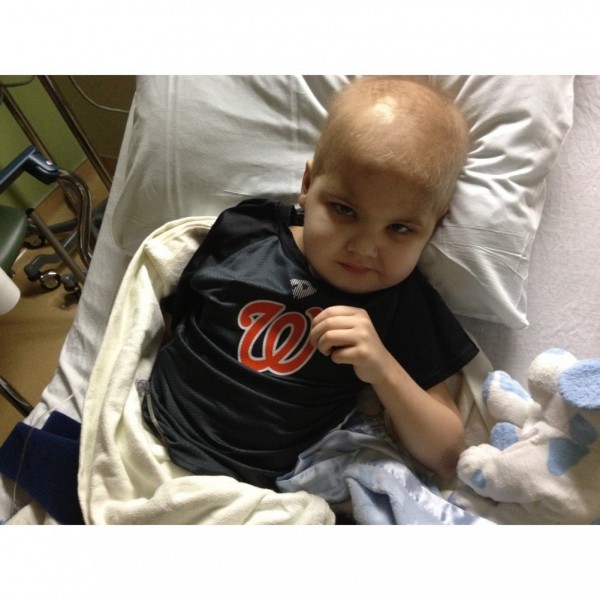 I was diagnosed with high-risk medulloblastoma on April 25, 2013. There were three tumors - two in my brain and one on my spine. I had surgery at Children's Hospital of Illinois to remove one tumor and then went to Chicago for 31 proton radiation treatments. I developed serious complications and spent two weeks in the ICU at Lurie Children's Hospital, followed by two weeks on the oncology floor after a blood clot was found in my brain. In August I began six rounds of chemo at the St. Jude Midwest Affiliate in Peoria. My last dose of chemo was given on February 14, 2014. My bone marrow is still struggling to recover; I usually spend three days a week at clinic for labs and support. In the last year and a half I have spent almost 200 nights in a hospital and received over almost 100 transfusions of platelets and red blood cells. After my initial surgery I developed Posterior Fossa Syndrome causing me to get sick as many as eight times a day. It also caused right side weakness. I have taught myself to be left-handed and after many, many sessions of PT/OT I have learned to stand and walk again. My vomiting is down to just a couple times a day, but because I have trouble eating I still receive IV nutrition and fluids every day. After finishing treatment in February, I had six months of NED (no evidence of disease) reports. In August of 2014 doctors felt they saw a new tumor in my brain. Three weeks later, I suffered a minor stroke and an MRI showed the tumor had tripled in size. It was confirmed my cancer had returned and I started a new treatment plan. I receive two chemo drugs for five straight days every month. This relapse treatment will last a year. I have MRIs every two months to see if the chemo is working. Thank you for supporting me and the more than 300,000 kids worldwide who will be diagnosed with cancer this year. By sharing the gifts of your time, talent and money with the St. Baldrick’s Foundation, you're supporting research to give all kids with cancer a better chance for a cure.