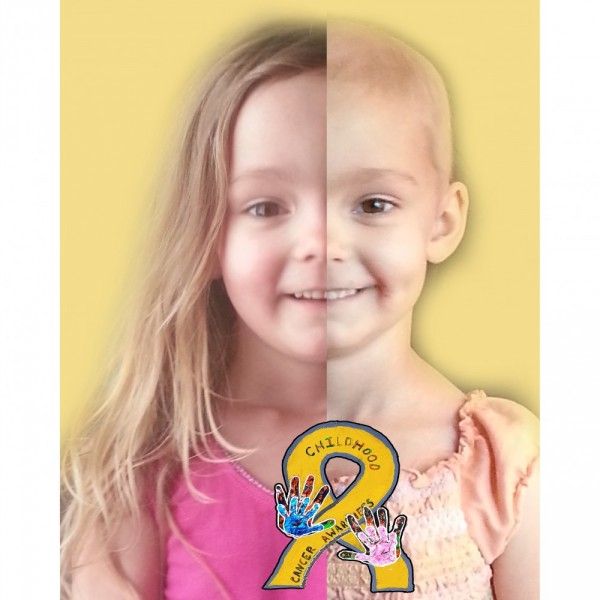 Thank you for supporting me and the more than 300,000 kids worldwide who will be diagnosed with cancer this year. By sharing the gifts of your time, talent and money with the St. Baldrick’s Foundation, you're supporting research to give all kids with cancer a better chance for a cure. ***edits are added below**** Janet is a precious five year old little girl who has courageously fought childhood cancer for the greater part of the last year. She was diagnosed in April, 2013 with a high grade malignant brain tumor. To further complicate matters, her tumor was discovered to literally be one of a kind. It had characteristics of different kinds of cancer, but was categorically none of them. Samples from her tumor were sent for many "second" opinions from St. Judes, Johns Hopkins, UCLA, and others. It had an unknown cell of origin. Janet endured six weeks of daily radiation, followed by a high dose chemo therapy regimen. With that said, she finished her treatment in January, 2014, and her first post treatment MRI was stable, and there was no evidence of the disease. The cancer is currently gone...and we pray stays that way forever! ***edited to add****She is now 7.In May, 2014, a small spot was found that would later (in August) be returned to be metastatic recurrence. The cancer came back. She went through radiation again, followed by chemo therapy. Unfortunately, In September, 2015 - we were told that the chemo was not effective, and Janet stopped treatment. At this point, we are enjoying life today - praying for decades of "today's" to come!  ***edited to add again****Janet's battle with childhood cancer has concluded this side of Heaven. She fought courageously. She ultimately won, and is completely healed and in the arms of Jesus.  While our hearts are broken, we will never stop fighting for a cure. Our prayer is that no other child or family ever has to walk this same path. That these Children's lives are not lost every single day.  Please join us in supporting this cause and bringing hope of cure - and hope to any family facing a cancer diagnosis.