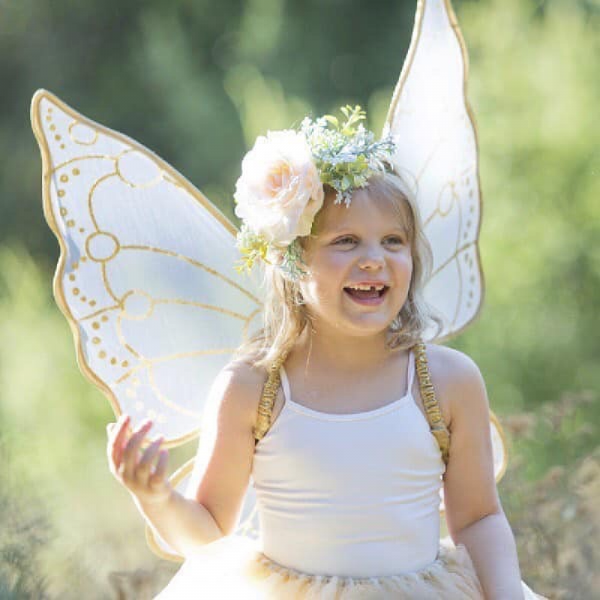 In April 2013, just a few months after her 2nd birthday, our Hazel was diagnosed with Stage 3 Neuroblastoma. She had been complaining of pain in her belly, was extremely lethargic, and wouldn’t eat anything. When we took her to the pediatrician, we weren’t expecting our whole world to shatter, but when an ultrasound in the local emergency room found a giant tumor in her abdomen, everything came crashing down around us. Of course, our little Hazelnut made the journey through cancer much easier, brighter and lovelier than we could have ever imagined. She truly led us all in the fight, and I oftentimes found myself envious of her ability to push aside cancer and just LIVE LIFE! After 15 long months of treatment, including about 30 doses of chemo, an eight hour tumor resection surgery, a stem cell transplant which led to such life-threatening complications that she ended up in the ICU for four weeks and just barely survived, intensive inpatient rehab, 20 doses of radiation and months of immunotherapy and accutane, she was finally deemed cancer free and left that inpatient floor for what we thought would be the last time. For 2 ½ years, our family enjoyed a life free from cancer (aside from the constant fear that it would come back and the scanxiety that would arise every three months). And man, did our little girl LIVE. She didn’t waste a single moment. And as she grew older, the realization of the amount of support she had from around the world began to dawn on her. She was always so thankful for all the prayers and excited to share in all her progress. And I believe that through this community, it helped spur on an already eager heart to help other children like her. She was always coming up with ideas on how to encourage others, like sending cards and toys to kids and taking Christmas ornaments to the hospital. She was excited for all the fundraisers and blood drives we hosted and was jubilant at the mention of an idea for a childhood cancer fundraising ball. Just two weeks before our inaugural Ever After Ball to benefit The St. Baldrick’s Foundation, our world was shattered once again when her scans revealed that her cancer had come back. But just as she did before, she faced everything, and trusted in us to be by her side. And in many ways, she was excited to be back at the hospital, which had become her second home, surrounded by the friends who loved her so dearly. Many times, in her remission, she would ask us, “When can I go back and spend the night at the hospital?” That relapse was tough. I was terrified and we were all exhausted, but she kept us going. And when the news came that she beat cancer for the second time, we were in shock, but so thankful for another chance at a cancer-free life. We spent the summer of 2017 the same way we spent her previous remission, living each day like it could be our last. Only three months after being declared NED, it was discovered that her cancer returned for the third time. The reality that we could lose our daughter was becoming more possible with each passing day. And although this last battle was really hard on her, causing a lot of pain, frustration, exhaustion, and complications, she still found time to grow and to live. Hazel grew into such a well-rounded person it’s hard to believe that she was only 7. Of course, much of the time she acted like the young girl that she was, but there was also a deeper soulful side of Hazel that would come out to a select few of us, that made it obvious that she was beyond her years. She always put family time above all else, instinctually understanding how precious and valuable it was. She once told us, referring to our family, “We have to stick together, not stick apart.” We often found her deep in contemplation but reluctant to share her thoughts with us. Then weeks later, it would be 11 at night, and she would hit us with tough existential questions about God, Death, and how the natural world worked. One night at the hospital Hazel wanted to know about how our bodies worked and Lauren ended up having to give an exhaustive lesson in human anatomy. The days leading up to her passing were a whirlwind. We got the news on a Wednesday morning that her cancer had spread beyond what was treatable, and we had very little time left. And only two days later she was gone. But we ended up getting blessed beyond belief in those last days, because for the first time in weeks, she was pain-free, and she was still our little Hazelnut to the very end! She spent her last two days, living and laughing with her family and friends surrounding her. If there is anything that we have learned from Hazel it is this: Live life to its fullest, because tomorrow isn’t promised to us. She may have only been on this earth for 7 years, but Hazel lived a fuller life in those 7 years than most people do in 70. And now it is our job to honor her life by helping to protect other kids, just like Hazel, who are still in the fight! We humbly ask for your support and donations, and please know that it WILL make a difference. Hazel knew that, and so do we. Thank you.