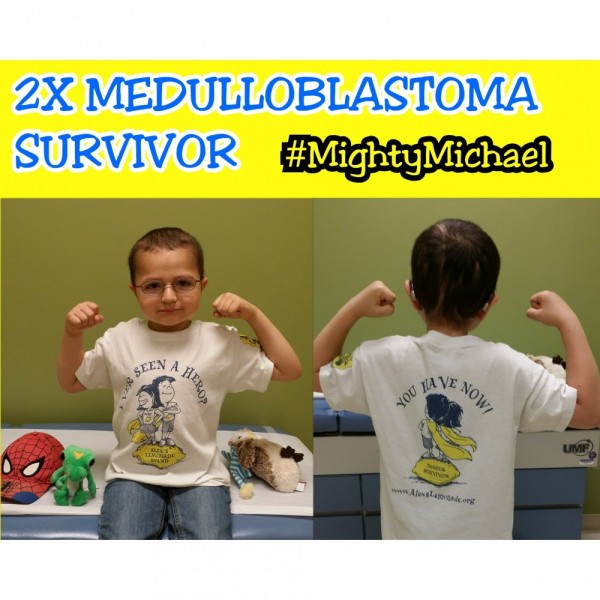 Michael is a 2 time survivor of a brain tumor called Medulloblastoma. He was 10 months old when his fight began. After intense chemotherapy, multiple brain surgeries, and stem-cell transplant he won his fight from cancer but began a new fight with all the complications treatment had brought on. He has had 5 shunts, numerous infections, feeding complications, g-tube placement, hearing loss, the list goes on and on. In true superhero form he has and is still overcoming them all. Michael managed to be in remission for 3 yrs until January 10, 2013 when he was re-diagnosed with medulloblastoma again on the other side of his head. Once again our journey began. One year later with more brain surgery, chemo, and now proton beam radiation to the full brain and spine under his belt we can once again say he is in remission with clear scans and No Evidence of Disease. Michael will be 6 yrs old on January 21, 2014 he has been through more in his 6 yrs of living then most people their whole life. He is the most loving, happy, and humble little boy you have ever met. I am honored to be his mother.