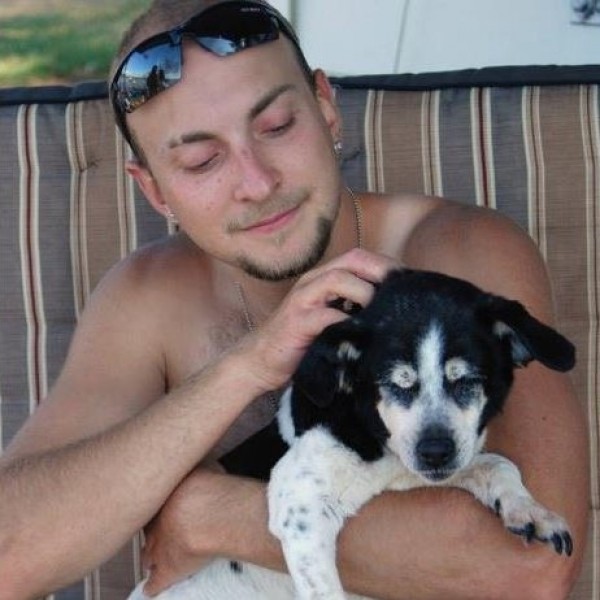 Kiel Stephen Dudley left this world just a month after his 22nd birthday, a victim of a scary and still relatively mysterious disease. Kiel had been diagnosed with Stage 2B Hodgkin's lymphoma a few weeks before he passed away and had endured biopsies, endless meetings with doctors and nurses and the surgery to install his chemo hookup just days prior. Renowned in our family and with his friends for his amazing sense of humor, he had his sisters and mother laughing in the waiting rooms when we all otherwise would have been crying or cursing our luck. Speaking of cursing one's luck, Kiel had had a rough go of it in the months before he died. He suffered from crippling anxiety and depression, ailments that had so hindered maintaining a normal schedule that he'd lost jobs as a result in the past. Adding cancer to the mix did nothing for his peace of mind. Kiel never got the chance to fight this cancer - he was supposed to go in for his first round of chemotherapy on February 12th. The toxicology report found that a lethal, though unintentional cocktail of prescription painkillers coupled with his weakened condition were to blame for Kiel's death. To put it simply, we lost Kiel because cancer is so terrifying that he wanted to self-medicate until he didn't care. Kiel left a lot of people with a lot of wonderful memories. On the afternoon of his calling hours, the funeral home had to stay open an extra hour to accommodate the estimated 600 people that came through the doors to pay their respects to a young man who wanted nothing but the best for every person he met. He touched so many lives in so many different ways: he drove his friends in the inner city to work or school and tutored them when they would have otherwise flunked out. He spent many an afternoon with the Central New York chapter of the Veterans of the Battle of the Bulge, befriending and earning the respect of men four times his age who served our country bravely and with great honor. He walked the dogs up for adoption at a shelter on the east side of Syracuse in his spare time. He made his family and friends laugh so hard we had to beg him to stop, whether we were watching YouTube videos or just sitting at the kitchen counter shooting the breeze. And he fished. From the day he was old enough to put on a life jacket, that boy loved to fish. As a five-year-old sitting at the end of our dock with a two-foot pole, out in a canoe with his cousins all day and first mating for a fishing charter service out of Henderson Harbor, he lived for it. It was his passion, right up there with military history and making the people he loved happy. Kiel's family has established this page and begun fundraising in his honor in the hopes that no other family will ever lose such a funny, gentle, beloved child. Cancer should never scare someone so young and so full of life and love to death ever again. Join us in our fight to keep families laughing, no matter what cancer tries to throw at them.