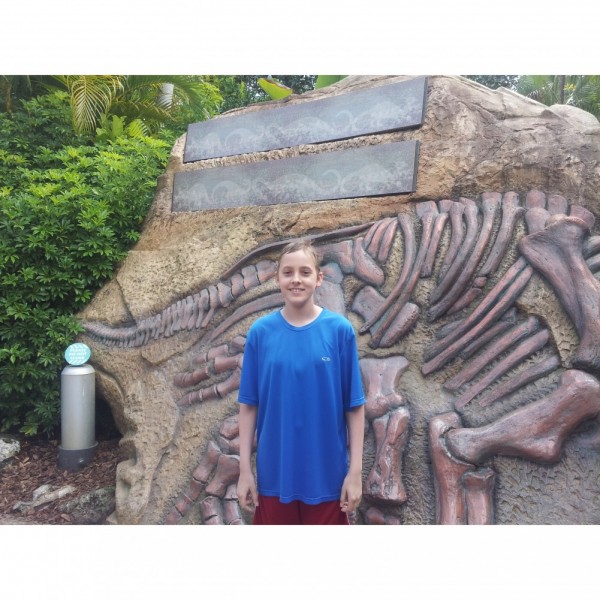 During the summer of 2011 my son Alexander (10 years old) was having on and off pains in his leg. When we went to the doctors office for a regular checkup he thought that it was probably growing pains. After taking x-rays with no fractures showing we came back for a blood test. The blood test showed some abnormalities and we were sent to a pediatric orthopedic. He admitted us into Dell's Children's Hospital in Austin. That night a MRI showed a mass on his femur which is the long bone in the thigh. At that time the doctors were pretty sure that it was a bone infection and performed a biopsy to determine what type of antibiotics were needed. The biopsy showed the presence of a small round blue cell indicating a type of cancer was found. Seven weeks after first learning that Alex had cancer he was diagnosed with a rare form of bone cancer called ewings sarcoma. By the time Alex was diagnosed we learned that the cancer had spread to his pelvis. After being diagnosed Alexander was finally able to begin his treatment on November 8, 2011. We were told treatment will take about a year. Alex's last treatment was September 11, 2012. The doctors warned us that his bone would be weak, but at this time we did not need to have it removed and that it would get a little stronger over time. Alex was in remission! Alex broke his femur bone May 14, 2013. While preparing to remove the femur bone and replace it with a metal rod more cancer was found in the bone. We are now getting chemotherapy for a year as recommended by the doctors. We hope to be completed by June 2014. I update Alex's condition on http://www.caringbridge.org/visit/alexanderdebont/mystory. Thank you for supporting me and the more than 300,000 kids worldwide who will be diagnosed with cancer this year. By sharing the gifts of your time, talent and money with the St. Baldrick’s Foundation, you're supporting research to give all kids with cancer a better chance for a cure.