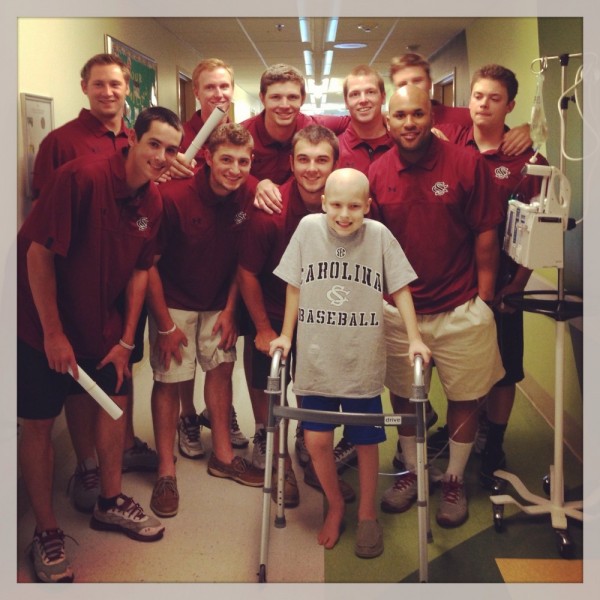 After a couple of months of limping, rest from sports thinking it was muscle injury, a lump was found on Owen's lower thigh. An MRI was ordered, we were told by our pediatrician that we needed to see an Orthopedic Oncologist ASAP for a biopsy of the mass that was found. On January 23rd, 2013 our lives were forever changed when we were told Owen had Osteosarcoma. Owen has completed 10 weeks of chemotherapy, limb salvage surgery that removed approximately 2/3rds of his femur, knee, and top of his tibia; replaced by an expandable prosthetic bone that will grow with him. Owen is currently undergoing 15 more weeks of chemotherapy that will be followed by lung surgery to remove a nodule found during his original bone scan, that did not change after the first 10 weeks of chemotherapy. Owen will go to MUSC every 6 weeks until he reaches full growth, to have the implant extended. He is currently the only person in SC that has this expandable implant. Additionally, he will need CT scans of his lungs every 3 months, for the rest of his life, as Osteosarcoma often reoccurs in the lungs. Thank you for supporting me and the more than 300,000 kids worldwide who will be diagnosed with cancer this year. By sharing the gifts of your time, talent and money with the St. Baldrick’s Foundation, you're supporting research to give all kids with cancer a better chance for a cure.