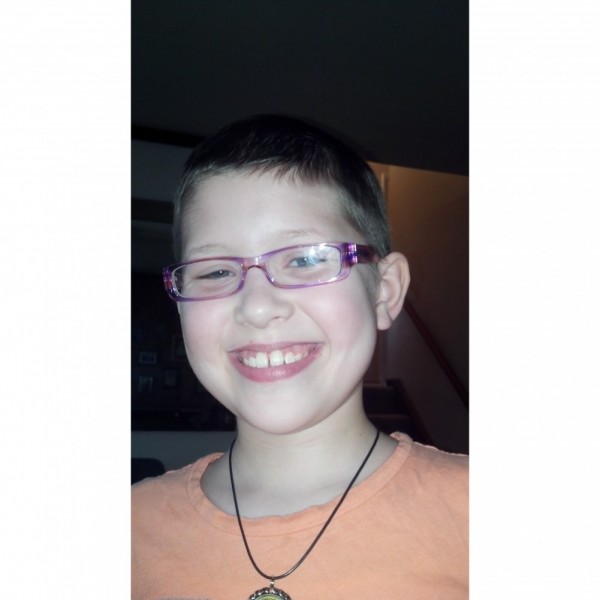 Emily was diagnosed on October 21, 2011 with Acute Myeloid Leukemia (AML). She started treatment right away. She spent a large portion of the last year and a half in the Children's Hospital of Philadelphia. She managed to make the best of every stay by decorating her room for every holiday or with a fun theme. When she was feeling sick from the treatment, she still managed to smile and be brave when there was visitors. She would tell the doctors she felt fine even if she did not, because she always thought of others before herself. She did not want anyone to be sad or worried for her, even the doctors or nurses. She had one request for her father( me) to shave his head since she was sad to lose her hair. She did not want anyone else to shave their head, even though many family and friends offered. In February of 2012 we were given the unfortunate news that the regular chemo was not working and had to get a bone marrow transplant (BMT). She was discouraged with this news but pushed forward and started planning her room theme in the BMT wing. During her BMT she still managed to find energy and strength to play soccer in the hospital halls with her younger brother. The doctors finally said she was 100% engrafted and was able to go home. We were able to enjoy some freedom until October of 2012 when she relapsed. She then started chemo again to try and get her to a second BMT but the standard chemo treatments were not working. Doctors tried a treatment that is used on adults and is just now being tried on children but it did not lower her leukemia cell count enough to get to BMT. With no possible cures Emily became and angel on Feburary 16, 2013. Though she was with us for only 11 wonderful years, she managed to touch and influence a large number of people in this world. Though we miss her dearly, I believe she is an angel and God has a great plan for her. We look forward to the day we get to see her again.Thank you for supporting me and the more than 300,000 kids worldwide who will be diagnosed with cancer this year. By sharing the gifts of your time, talent and money with the St. Baldrick’s Foundation, you're supporting research to give all kids with cancer a better chance for a cure.