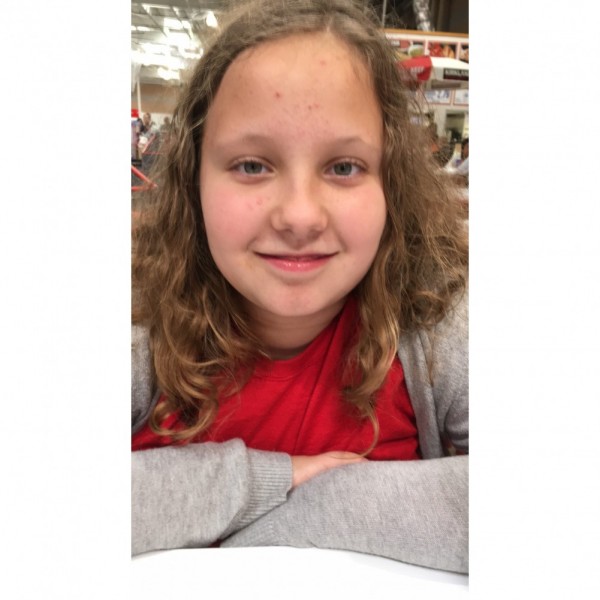 Hana showed signs of puberty at 3 years and 2 months old! After trips to her pediatrician, a pediatric endocrinologist, blood work, and some imaging studies, it was discovered that she had an ovarian mass. Hana went in and had a right oophorectomy (ovary removal surgery) on 4/19/2012. At that point, the surgeon said it did not look like cancer and we would have to await the pathology results. The results from the pathology study were forwarded on from St. Mary's Medical Center to Brigham & Women's Hospital in Boston. Between the two centers, it was discovered that Hana had SCTAT -- Sex Chord Tumor with Annular Tubules. It is an extremely RARE form of ovarian cancer, no matter your age. We were referred to a local pediatric oncologist. He did some research and found not only an MD researcher to consult but The International Ovarian and Testicular Stromal Tumor Registry. This tumor registry is taking data and biological samples to determine who gets these tumors, what the treatment protocol should be, and to hopefully eventually find a cure. We are so grateful to the St. Baldrick's Foundation as they were one of three foundations that helped to fund this tumor registry! Hana had surgery in July 2013 to biopsy cysts that were growing on her remaining ovary.  The results of that was that those cysts were deemed to be benign.  However, the cysts returned and grew to a size that she had a cystectomy on that remaining ovary in August 2015.   Pathology from the local hospital and the University of Miami both stated that they were benign (even though one was 4 times the size of her uterus).    She is looking at a third surgery to drain the cysts which keep generating again.  They believe this is a side effect from the mass quantity of hormones generated by her original tumor.