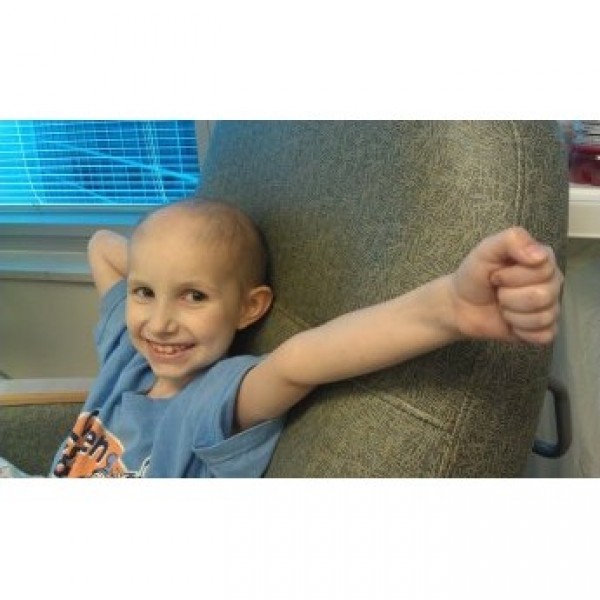 Aj was diadnosed with medullablastoma at the age of 5. He started his journey at Children's Hospital Of Philadelphia (CHOP). He had brain surgery to resect the main site.It took intense therapies to teach him to walk,talk,bathe and dress...things we take for granted.He went through 2 months of daily radiation, then 4 rounds of toxic chemo. In Feb.2008, AJ was N.E.D. (No evidence of Disease)..The cancer returned and was found on July 3,2010..with his dad deployed 7,000 miles away.He fought long and hard for 2 years 4 months and 26 days until he passed away on Nov.29th,2012 at 2:05 am..His likes were: Soldiers (his dad),his pets..a horse named Chant,a dog named Tator,Cole the kitty and several more.He also liked legos,angry birds,tacos,homemade mac & cheese,strawberries,blueberries,drawing,Kenny Chesney (Whom he met a few days after his 8th birthday, Make A Wish dream come true.Star wars, nintendo ds, Philly Eagles football,Maroon 5 and Gary with Rascal Flatts (he met the day he went home on hospice). His loves were his family,making people happy,laughing,hugs and kisses, and more importantly "RAISING AWARENESS" and funding for research was HUGE for him! Our children need a "VOICE"! Thank you for standing firm for AJ and all kids fighting the monster beast we call "cancer!"