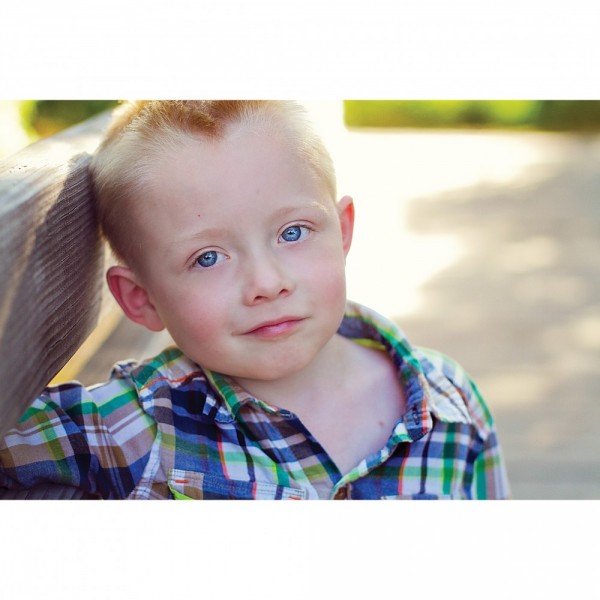 The story of how we got here: Tuesday March 6th 2012 My wife Bekah took all three of our little boys to our doctor on last Tuesday and Justus and Caleb checked out great, but Benaiah was looking a bit pale and he had been bruising quite a bit in the last week so they took some blood and ran some tests and said they would call with the results later that evening. I was on my way home from work when I got a call from my wife saying that the doctor said it would be best to go to Boise that night for a blood transfusion and possibly a bone marrow biopsy. This is when the fear started to kick in... could it be.. that? But don't let your imagination run too far ahead of itself I kept telling myself. We packed up what we could and left Justus with his Grandma Marilyn and took Caleb to stay with my sister Jesse and then with my parents and Beppe and we headed to Boise. That might have been the longest trip to Boise ever. We made it to the hospital around 9pm and began the start of a long hard week there. That night was long and late but we made it. The transfusion went well and the next morning Benaiah was looking much better, at this point we were still hoping for the best and I still was thinking in the back of my head I hope we can go home today… Next was the bone marrow biopsy and maybe the hardest thing I have ever had to do in my life so far. I have watched and been with all three of my sons during their circumcisions and that’s hard to stomach, but they are tiny babies and they don’t remember very much. This was on a totally different level. Anyone who has ever met Benaiah knows how sharp he is and not much gets by him so when he is in a room, tired from a long night, not sure what is going on at all and there are about seven people standing around his bed ready to do something, what it is he cannot know but it is something serious enough to have this many people, needless to say he started to get scared and scared turned into panic and then screaming for help. Help me daddy was the last thing he said before the sedative took full effect and he collapsed on the bed. My heart was broken in that moment and the situation became that much more real. I do not blame the doctors or the nurses at all, I am so very thankful to be surrounded by so many carring and competent people that know so much about all of this and are doing an amazing job of taking care of my son. But that was too much for a father, I broke and sobbed in the background at the main doctor went to work collecting the marrow. Then it was time to wait… and wait…. For the rest of the afternoon not knowing, not wanting to know, but just wanting this to be over. I just wanted to here he’s fine, just anemic but it’s going to be ok. Then it was time to go have the talk. I can’t describe the next part accurately because it isn’t something that can be conveyed be words. I’m sure all who have heard those words know how it feels, but unless you are the parent you just can’t get it and be thankful you can’t. Your son has leukemia were the first words in that meeting and I’m so sorry were the last. It’s still raw to say that and it still stings my soul, but I also refuse to has my son be identified as a cancer patient or victim, NO! He is my son first and that identity will not be ripped from him. He is Benaiah, “Built by Jehovah” and he is in the fight for his life. I will post more about the current status of things and little bit more about Leukemia and what we know so far, which isn’t much but I think you will be blessed to hear how God is already moving in big ways that are far beyond just my little family. I invite you to engage in this fight with us. A lot of you out there don’t know me, but I invite you to get to know me because I will be as open and raw with this thing as I can and that’s not always pretty or fun, but I really want to squeeze the life out of this experience and glean what I can to help Benaiah and the rest of my family. I have never had to opportunity to be apart of something so widespread, this thing has spread all over the world literally and that just confirms an amazing truth of life, it’s not about me and this thing is so much bigger than me or even Benaiah. This isn’t just a fight against cancer, it is a journey of becoming a man and learning how to be a better dad, wife, brother, son, servant, and friend. You can be on the journey with us or stop by and check in every now and then, it’s up to you, but I will leave it at this. I don’t understand prayer as well as I think I thought I did, but I think that I am going to be getting some lessons in the very near future. I can’t express how awesome it is to have hundreds of people praying for my boy… As a wise brother once said, “Defeat is not an option” and neither is surrender, but I can’t and we can’t do this alone. Thank you for your time and energy and love, none of it goes unnoticed. ~The Rosser Clan