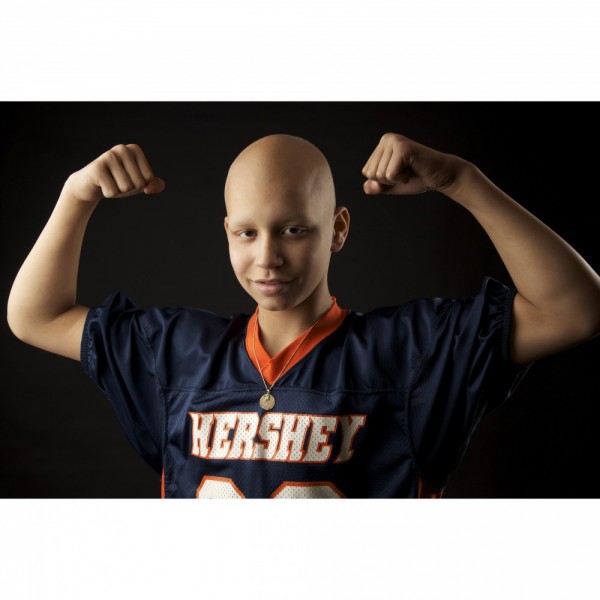 Bryce is an amazingly athletically talented young man who loves to play soccer and football. He is thee strongest, most courageous and determined 16 year old that we know! He constantly amazes us more and more each day!

Here is a little bit about Bryce and his journey. Just two months after Bryce turned 12, he was diagnosed with periosteal osteosarcoma on 2-7-11, a rare type of bone cancer often found in children. He was diagnosed after a visit to the ER with what we thought was a simple sports injury of a pulled or torn muscle. However, x-rays showed a grim reality and a true beast...a completely unexpected tumor in his left femur.

Bryce endured 29 rounds of intense inpatient chemotherapy, an 20 hour surgery on May 6, 2011 to remove the tumor in his left leg and have his leg rebuilt and a 2nd surgery (6 hours, March 6, 2012) to replace a titanium plate that snapped in two, along with a bone graft and grueling physical therapy and water therapy. In a span of 1 year, Bryce spent over 100 days in the hospital. We never left his side. My husband and I took turns sleeping at the hospital. While one was at the hospital, the other was at home with our other 2 younger children. With both sides of the family out of state, this journey as been at times.....unbearable.

Bryce had not walked since the early morning of May 6th, 2011. He was in a wheelchair until mid August (2011) until he was given the okay to use a walker/crutches. Up until his latest surgery on March 6, 2012, Bryce could only put up to 50% weight on his left leg when he used his crutches and he only had to use his wheelchair when he attended school. In September of 2012 Bryce was told he could finally use his crutches at school. Bryce was extremely happy that he didn't have to use his wheelchair any more!! On February 11th 2013 Bryce was seen by his orthopedic surgeon and we were told the best news ever.....After 646 days, Bryce's leg was FINALLY healed enough that he could start walking without his crutches!!! However, on December 2, 2013 we were told by Bryce's Orthopedic Surgeon that his donor bone had a fracture. Because of this fracture Bryce will have to go back on crutches until there is more healing in his leg.

As parents, this diagnosis was absolutely devastating in the beginning. We've gotten through this journey thus far, because we have an amazing supportive family, friends and community, the unwavering support of our doctors, nurses, music therapists, child-life specialists, social workers at Penn State Hershey Children's Hospital, a positive attitude/outlook, but most of all... our faith in God. We know that ultimately, God is the one in control. We also know that He has an incredible plan for not only Bryce, but our entire family. We hope by sharing Bryce's journey, we can be of some inspiration to not only you, but others who are affected by childhood cancer! Remember, that life is short and life is what you make of it!! But more importantly, it's all in how you react to the events in your life.

You can learn more about the amazing medical care Bryce received and the support we received from Penn State students and the Four Diamonds Fund. We were featured in a documentary called Why We Dance: The Story of THON. This is an amazing story about how Penn State students are raising millions of dollars to help conquer pediatric cancer. THON is the largest student-run philanthropy in the world! The Penn State IFC/Panhellenic Dance Marathon, affectionately known as THON, is a yearlong effort to raise funds and awareness for the fight against pediatric cancer. Since 1977, THON has raised more than $89 million for the Four Diamonds Fund at Penn State Hershey Children's Hospital. Here is the website for the documentary wpsu.org/thondocumentary.