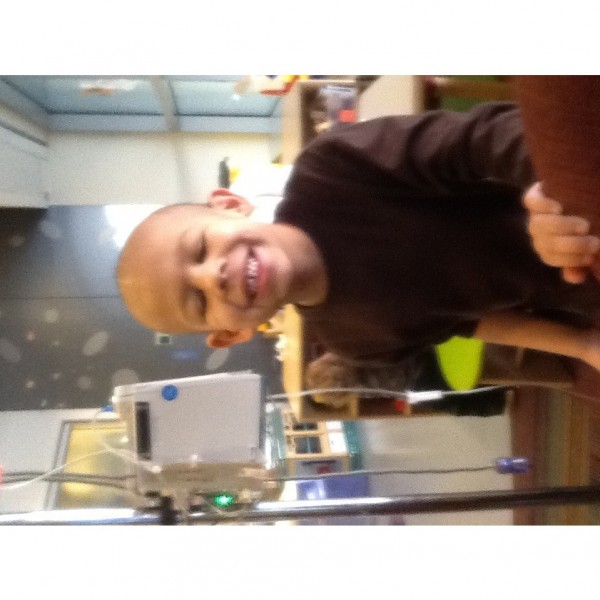 Dylan is a 6 year old little boy who lives for baseball and skateboarding. His life was forever changed when the doctor called to say the mass he had removed was lymphoma. Dylan fell one day in June and what doctors told us was just a virus was actually cancer. He had no signs or symptoms to indicate anything was wrong. When the doctor called me on my way home to tell me the sad news I was devastated. I don't remember too much of what he said after he told me how sorry he was. I cried all the way home trying to understand why my baby had to have cancer. How was I going to tell his sister and how was I going to tell him? That following Monday Dylan was admitted and a scan showed that the cancer had spread from his neck to his heart,stomach and groin within a matter of days. He was poked and prodded checking so many different things. They did a spinal and also took bone marrow which is one of the hardest things I have ever had to watch. His spinal fluid was normal but no one could tell me about the bone marrow. Later on the doctor came in and delivered another blow he has leukemia. I was in complete shock. I felt like this was my fault I should have known he was sick, I should have pushed them to do more tests at the hospital when they said it was a virus. The doctor assured me that this was not my fault. He said to me consider it a blessing in disguise that he fell and got the lump because if not he would have gotten really sick really fast. He has been doing chemo for 6 months and has 3 years to go. We take it one day at a time. Dylan has days where he can't walk, eat and all he does is puke. He has other days where he does the dishes, cleans the bathroom, and plays with his little brother. I am amazed at his attitude during all of this. He still manages to flirt with all the nurses and they eat out of the palm of his hand. Dylan has been in remission since September and he is reacting well to treatment. He is a fighter and I know he can beat this disease. Thank you for reading Dylan's story.