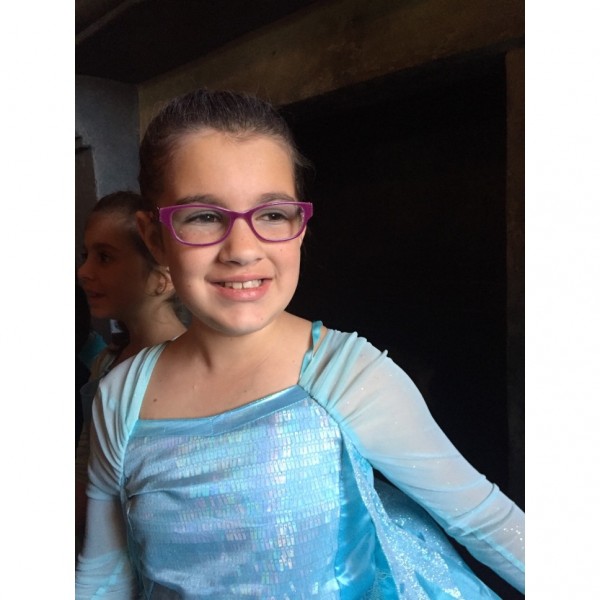 2018: Just 3 months after the St. Baldricks event in 2017, Sidney was diagnosed with two brain tumors. These tumors are a side effect of radiation that Sidney received back in 2010 during her treatment for leukemia. We are told these tumors are terminal and Sidney probably won't be with us next year. It is for this reason that raising money for St. Baldricks is so important; the treatment that saved Sidney 7 years ago has now caused tumors that will take her away from us. Better cancer treatments are needed so no other parents have to wait for their child to be taken away from them. Sidney was diagnosed with Acute Lymphoblastic Leukemia in 2007 when she was 1 year old. She completed a two year course of chemotherapy and was considered to have a very low chance of relapse. Sidney relapsed in 2010 when she was 4. At that time, Sidney's parents took her in for a routine blood work appointment, and were shocked when the blood work came back showing the leukemia had returned. She was admitted that night, and tests were to start the next day to determine course of treatment. Putting her to sleep that night was tough, she kept asking to go home, to get up and play, normal behavior for a 4 year old. But the next morning, she didn't wake up. Over night the leukemia had taken over. Her parents were terrified, and even the doctors were confused and scared. They jumped into action, but over the next 3 days, Sidney lost her eyesight, her ability to walk, her ability to communicate, and most of her motor skills because the leukemia was not only in her blood, but in her central nervous system covering her brain and spine. Because of the swift action and knowledge of the doctors, Sidney was once again communicating, re-learning to feed herself, on her feet trying to walk again, and gaining eyesight within 3 weeks. Without the years of research studies and experience gained from them, the doctors would not have had the knowledge to save Sidney. Sidney lost most of her vision after leukemia cells attacked her optic nerves and the subsequent radiation treatment. Despite the tough life she had, Sidney was a funny and friendly girl with a flair for the dramatic. Sidney loved to swim, sing, put on plays, and read. She wanted to be a Braille Librarian when she grew up.