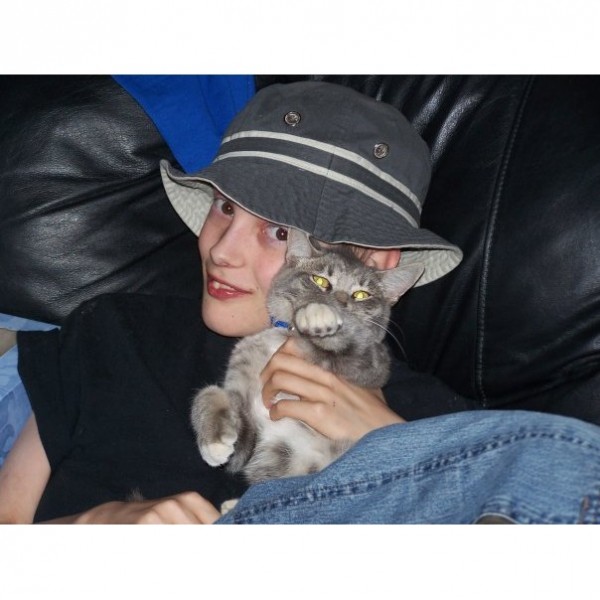 In April of 2006, Matthew came home from the neighbors, complaining of a stomach ache and had pain in his side. Mel & I figured he'd eaten too much sugar and told him to rest and hopefully he would feel better, soon. Well, that "feel better soon" didn't happen. Matthew began vomiting that night, to the point we took him to the emergency room. We were told he had the stomach flu. Several days later, he was still extremely sick and had no energy. His pediatrician then said that he thought he had mono. Really? A young child with mono? As a mom, I knew that didn't seem right and my gut told me that it was something worse & terrifying. We were sent to get an ultra sound of Matthew's stomach and told that the doctor would let us know in a few days, the results. Literally, within 2 hours, my cell phone rang. My heart began to race and I then knew, it was bad. It was confirmed, Matthew had a mass in his liver & they needed to do a biopsy. That next morning we were off to the hospital (local) where we were told "Your son has cancer". Those words will never leave our heads. It's horrific, it's something you don't imagine your child ever being diagnosed with. We were told by the local hospital that Matthew's type of cancer was very treatable and he may have to do a few rounds of radiation. Boy, were they beyond wrong. There is nothing like hearing "treatable, your son will be ok" getting your hopes up & then when you are transferred to UC Davis Children's Hospital and the head of pediatric oncology takes your sons case, hearing that he was mis-diagnosed. The cancer he had was extremely rare and that the survival rate was almost 0%. It is beyond terrifying and it had hit our family incredibly hard. Why was our 11 year old son, diagnosed with a rare type of cancer, that only adults are supposed to get? WHY? (We still do not have that answer). Matthew did ten rounds of chemo therapy ( with three types of chemo, that no other child within the United States was undergoing. Infact, there were no known cases of adults, doing the amount of chemo that Matthew was getting, within the United States. After many rounds of chemo, a MRI was done to check the status of Matthew's liver tumor. The results were, that it had not shrank, infact it had grown. Matthew, as well as Mel and I sat with Dr. Ducore and decided that at this point, Matthew was probably too ill to carry on with any type of experimental medication or therapy. We as parents, had to listen to our 11 year old son tell us that he was tired, he was done and he did not want any further treatment. He wanted to be left alone by doctors, needles, tests. That is a tough one to swallow. It is absolutely gut wrenching!! Yes, Mel and I are adults and the parents of a young boy with cancer, yes, we could have decided for Matthew to continue chemo and treatments, but when your young son begs you, "Please mom & dad, no more", you really have to allow him to make the decision. Seeing your son go from a husky 98 pounds, down to 43 pounds... I have no words, really. But, these words come to mind "shocking, horrific, sad, angry, disbelief" and then you begin to ask yourself, "WHY didn't I see any signs of him having cancer, before he was diagnosed"? It's to the point that you feel guilty. So many questions, so many "what if's".
In November of 2006, Matthew was put on hospice care and was able to be home, when he passed. He passed in April of 2007, about 11 months after he was diagnosed.
Matthew was always full of energy. He loved playing with Lego's, singing in school choir, Pokemon, jumping on the neighbors trampoline and his brother & sister.
He loved pepperoni pizza, Macaroni Grill and molasses cookies :)
He loved his cat Cheese and his dog Roxie.
Matthew loved dolphins. Make A Wish sent he and our family to Hawaii, where he was able to swim with the dolphins, turtles and enjoy the sand. Those are precious moments, that we cherish.