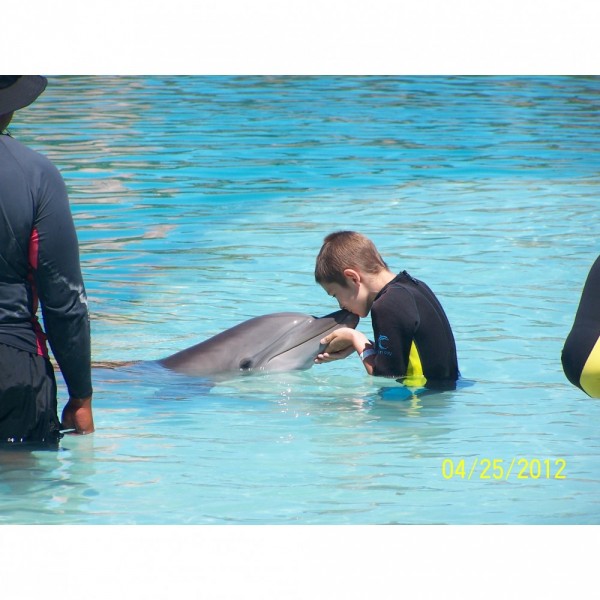 BACKGROUND STORY On Monday, 11/14 Loukas went to his pediatrician with an enlarged abdomen, feeling tired and with an upset stomach. They ran blood tests to determine if there was anything wrong and sent him home. On Tuesday, 11/15 Loukas's doctor called him in because his blood work was not normal and they preformed an ultrasound which was immediately followed by a CT scan of his abdomen. An abnormal mass was discovered and he was immediately sent to to Children's Hospital in Boston, MA where he was admitted and prepared for more testing. Later that day the doctors explained they thought he had cancer throughout his abdomen and it might be lymphoma. On Wednesday, 11/16 after biopsies were taken, It was confirmed Loukas had Stage III - Burkitt's Lymphoma. Additional testing showed that the cancer is throughout his abdomen and possibly in his brain. Due to the large amount of cancer in his stomach there is fluid building up in his lungs causing him to have a shortness of breath. His medical oncology team wasted no time in planning his treatment to start the next day! It was thought that Loukas would have to go through 4-9 months of chemotherapy at Boston Children's Hospital. Amazingly he was considered cured after only two months! This was a record case for Boston Children's Hospital! Loukas now is back home and having fun with his family and friends and for this we are very thankful. Loukas is a very energetic boy who loves life. He enjoys spending time with his family and is very helpful around the house. Loukas also enjoys travelling and wants to visit many places. He is involved in recreational sports as well as music. Loukas loves gymnastics which is also helping him gain his strength back. Soccer is his favorite sport and he practices two times per week with soccer games on the weekend. Loukas also likes bicycling with his family and mountain biking with his Dad.