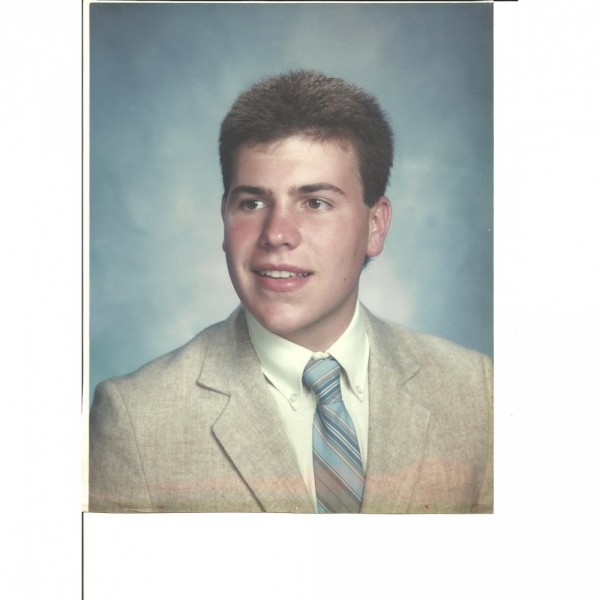 Since Joey was very young he wanted to be an airline pilot. After football season in his senior year at Auburn High School he decided to try to get his pilot's license. He went for a flight physical where they found the enlarged lymph nodes on his neck. He was diagnosed with Hodgkin Lymphoma in December of 1989. He was in early stages so doctors decided to treat him with radiation therapy. He stayed in school and played lacrosse while undergoing therapy because it was his senior year and he wanted to graduate with his class. After therapy, CAT scans showed no disease so after graduating we allowed him to go to flight school at FIT in Florida. He soloed while there which was the most thrilling time of his life. While at school he relapsed and we had to bring him home. He was now at stage four so doctors started him on doses of chemotherapy. After a year of treatments he was again cancer free. He went back to college and graduated from Cayuga Community College. He went on to attend LeMoyne College and was in his junior year when he became gravely ill with many blood clots. We think that the chemo must have destroyed the enzyme in the blood that kept his blood from clotting. After a courageous month long battle with the clots he died on January 31, 1994. Auburn High Lacrosse Program set up the Joseph Bona Courage Award given every year to a lacrosse player who demonstrate courage against all odds. Joey was so loved by his family and many friends. It's been 18 years and he is still loved and missed by all. He lives in our memories and is the angel watching over us.