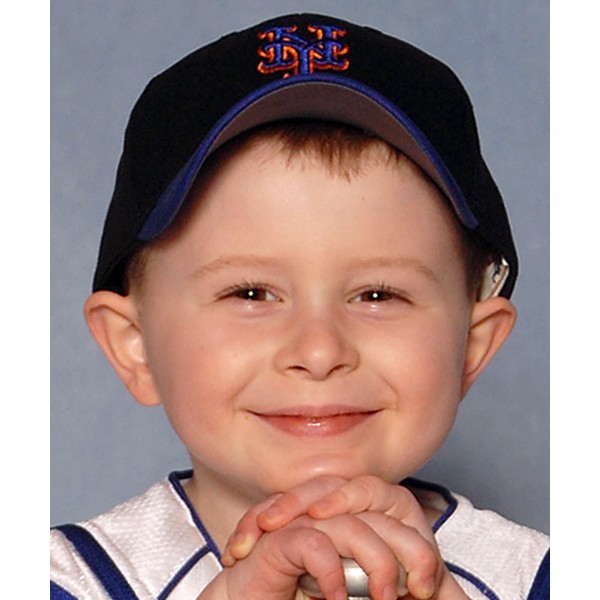 Christopher Thomas Sliker, a.k.a “The Boy,” was born on October 1, 2003. He was diagnosed with DIPG on February 14, 2009. After nearly six months of determined, inspirational battle, DIPG took him from the world on August 8, 2009. Christopher smiled from the heart and always had a twinkle in his eye. He had a sense of humor, and laughed often and hard. He loved to bring out smiles and laughter in others. The Boy loved all kinds of food, including red bell peppers, steak, and pizza. He enjoyed baseball, Star Wars, and games. He cheered for the New York Mets and New York Giants, but he hated “the ‘Ankees.” Christopher enjoyed a good party, and loved to play music loud He had a great throwing arm, and he was devastating with a light saber. He denied being “a trouble maker,” but he was a self-proclaimed “fun maker!” Although shy and sometimes moody, he was determined, loyal, and brave. During his final months, he rarely complained, worked hard at physical therapy, and struggled to prepare for kindergarten. He had faith in God that he expressed at times when the adults around him needed it most, like when he told us that “good people go to heaven, and they are always with you in your heart.” More than anything, Christopher deeply loved his friends, his family, and his life-long buddy, Mookie the cat. He gave hugs often, and smiled broadly and giggled happily when hugs were returned. He offered love unconditionally, and he accepted it just as readily. Christopher was an active, complex, bright, caring, humorous, faithful, affectionate, and above all, loving young boy. He is deeply missed by those who knew him, and he will be forever loved “to the highest heaven and back.”