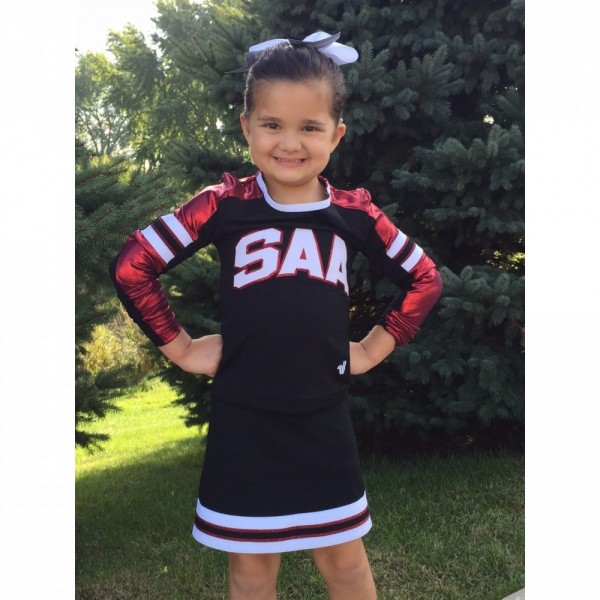 Harlow was born in March 2008 perfectly happy and healthy, with no indication that anything was wrong. Just a few weeks after being home she started to cry…a LOT. We took her to their pediatrician several times, and were told it appeared to be a classic case of colic, and was nothing to be concerned about. We decided to see another doctor to get a second opinion. The second pediatrician told us that just by looking at Harlow it was obvious there was something wrong so we took her straight to the hospital for an ultrasound. There the doctors discovered Harlow had a grapefruit-sized mass in her abdomen. At the time we didn’t even associate the mass with cancer - cancer wasn’t something 4- month-old babies were diagnosed with. Harlow was rushed to Lurie Children’s, where she underwent a biopsy to determine the nature of the mass, and was readied to begin chemotherapy treatments. Harlow had cancer, but no one knew what kind, because the mass didn’t match anything the pathologists had seen before. The doctors told us that we needed to decide how we wanted to proceed. Ultimately we let Harlow decide. She was in the crib at the hospital smiling and giggling, and we decided that we had to at least give the chemo a try and let Harlow decide whether she had the fight in her for this battle or not. Harlow underwent multiple three-week rounds of chemo, until the tumor was small enough for the surgeons to safely remove. But when they began the procedure, the surgeons couldn’t find any sign of the tumor. What they had seen on the CAT scan was scar tissue. It was truly a miracle. Sadly, in late March 2013-- just after her fifth birthday-- we found out that Harlow's cancer had returned, and Harlow's fight began again. This time her doctors were able to identify the tumor as a rhabdomyosarcoma. It was a much different challenge going through cancer with a 5-year-old than with a 4-month-old. We had to explain all these words children should never need to know – cancer, chemo, tumor – and help her deal with needles, surgery, medicine, and losing her hair. Harlow finished her treatment in May of 2014 and has been in remission since. She is now living the normal life of a second grader, filled with school, dancing, swimming, and cheerleading. She is a little fighter and inspires us all.