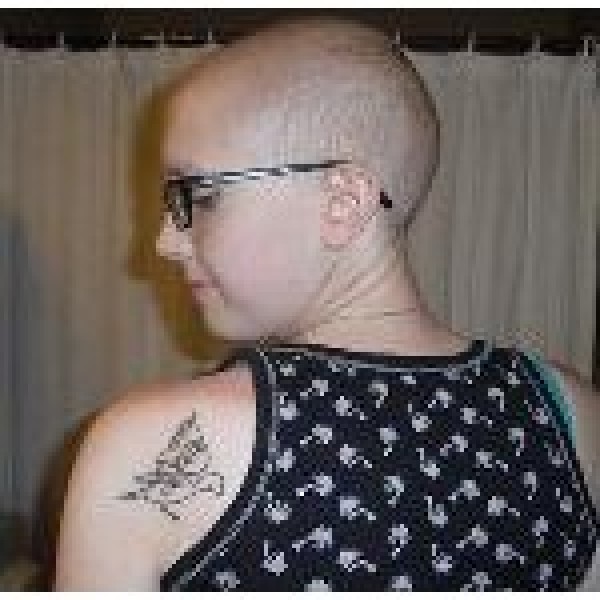 Children's Hospitals and Clinics of Minnesota

At the age of 16, after participating in the Minnesota AIDS walk in mid May 2010, Claire experienced some pain in her left hip. The pain got a little better, but worsened on Memorial Day Weekend. After a visit to the doctor it was thought to be a strained hip flexor, but did not improve, so was followed up with an x-ray which was inconclusive. She began physical therapy and showed slight improvement. She then experienced some flu-like symptoms, followed by extreme bruising all over her body for no apparent reason. It was at this time she went to the Emergency Room at Children's Hospital in St. Paul. She was admitted that night and they began doing several tests including bloodwork, CT scan, MRI, bone marrow biopsy, PET scan, full body scan and complete skeletel x-ray. After an arduous diagnostic process including several doctors and specialists, it was finally determined that she had the rare form of cancer, Alveolar Rhabdomyosarcoma, which had progressed to Stage 4. This most likely began in a tumor in the muscle of her right foot and had spread to the bone marrow, a spot on her left hip (the real reason for the pain), and a few spots in her chest area. Claire has endured a tremendous amount of suffering with grace and tenacity, supported by family and close friends. She endured a year-plus long battle fighting the cancer including chemo therapy and radiation. Prayers, positive energy, support, encouragement and love from family and friends helped her get through this very challenging situation. STILL FIGHTING Claire finished her 54 week protocol on August 17, 2011. She had clear scans as of September 1. She got her port removed on Friday, September 16. The following Tuesday she discovered a lump in her left breast, which was surgically removed but they couldn't get it all. The rhabdo came back in both breasts and in two spots in her brain and had a week to grow while the family went on Claire's Make A Wish trip to Florida. She began radiation on the two areas when she got back home. And Later... Soon after that treatment, the cancer appeared on her spine and spinal cord. She had radiation to her entire spine and began an oral chemo regimen to hopefully slow down the progress of the rhabdo. Her ability to walk was greatly impacted but she continued with physical therapy in hopes of regaining strength and endurance. And Finally... The rhabdo reappeared with a vengeance shortly after Claire's 18th birthday, completely coating the cranial region of her brain resulting in the eventual loss of her hearing, sight and ability to speak and swallow. On February 14, 2012 it was determined that no further treatments would help and Claire was put on hospice care at home. She fought courageously to the end, despite her limitations, even insisting on attending her choir's concert just one week before she passed away on March 1, 2012. Her loss is greatly felt by her family and many friends and even strangers who have heard her story.