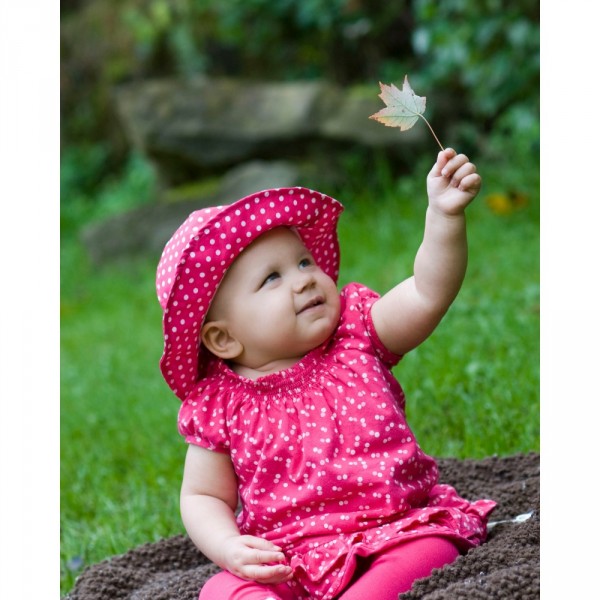 After several weeks of unexplained vomiting, Anna was diagnosed with a brain tumor on 1/14/11. After a few more weeks, it was determined to be AT/RT, a very aggressive CNS cancer. After it could not be completely removed, it quickly spread to new tumors in her brain and spine within three weeks of her original resection surgery. After her initial brain surgery, she suffered from posterior fossa syndrome and nerve damage to her right eye. She couldn't smile, swallow, sit-up or crawl for many months. She had surgeries for multiple central lines, feeding tubes and a VP shunt. Anna spent many months in the hospital, recovering from her surgeries, undergoing chemotherapy, 3 stem cell transplants and radiation. After months of OT and PT, she regained her ability to sit-up, crawl and eventually cruise. Once she regained her ability to smile, she could light up a room with her smiles and giggles. After she started radiation treatments, the steroids brought her appetite back. After months of delays in starting speech therapy, she did her own therapy with cheese puffs. From cheese puffs she graduated to pretzels, chips, ice cream, chocolate chips, and just about anything she could reach in the pantry. Anna fought so hard and her spirit was amazing, but her cancer was relentless. She never had a complete period of remission. In August, her cancer stopped responding to chemo. After multiple other chemo protocols and radiation, an MRI on 2/7/2012 showed her cancer taken over much of her brain, and had doubled in size in a month. On 2/19/12, Anna passed away peacefully at home with her parents by her side and her family nearby. Just two weeks after her second birthday.Anna's life was cut much too short. Most of it was spent undergoing horrible treatments that ultimately did not cure her cancer. We support St. Baldrick's in her honor to find both a cure and to find more humane treatments that target only the cancer.In the US, more children die of childhood cancer than any other disease. Please make a donation on Anna's behalf to support childhood cancer research so that all children diagnosed with cancer will have a better chance for a cure.To make a donation, click on "Donate Now" or donate by mail or phone.Thank you for your support!