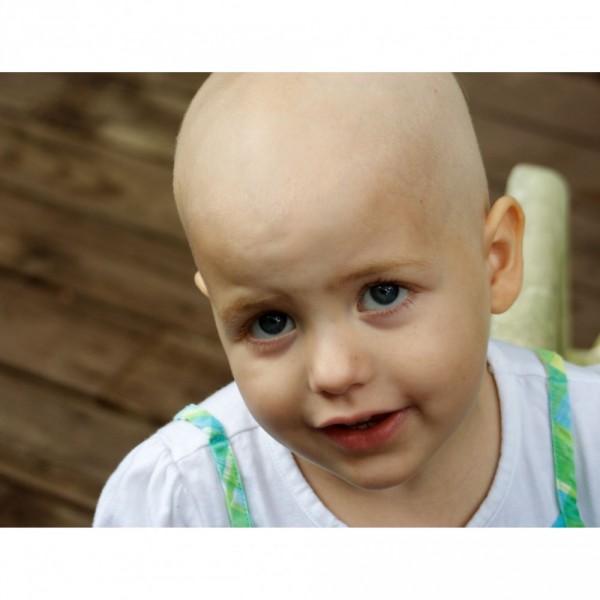 Jael turned 3 on July 1, 2009. At the end of July she started to complain that her head hurt. I immediately thought that was odd because what 3 year old gets headaches? She went into the doctor the next day (Tuesday) and she was diagnosed with strep throat and given an antibiotic. They felt that the strep was strong enough to cause the headaches. Each day the intensity of her headaches seemed to increase and then she began to throw up without any warning. We thought that the throwing up was caused by the headaches. She would have horrible nights in pain and vomiting and then be pretty ok during the day. I called in to the doctor to let them know that the antibiotic was not helping at all and that, in fact, she seemed to be throwing most all of it up and seemed to be getting worse. They had her come in to get antibiotic shots on Saturday. That weekend and the following Monday was the worst days of my life. My baby was in such excruciating pain from the headaches - it was horrible to watch. I told someone on that Monday that it was like watching someone physically torturing my child and not being able to do something about it. We had one more doctor visit on Monday and decided that if she wasn't better by Wednesday that she was going to get an MRI "just to be safe." On Tuesday evening she seemed to be doing ok and playing with her sister. She said to me, "Chase me mommy!" So, I chased her. Undeniably, I could see that she was running to her right. I had my husband come and he saw the same thing. A few minutes later she stumbled for no reason. Our amazing pediatrician had given me her cell phone number at this point and at 8 p.m. that night I called her. After explaining what had occurred she made the decision to have Jael admitted to our local hospital and have a CT scan done that night with plans to still do the MRI the next day. That CT scan changed our lives forever. I remember the room spinning and feeling like I was watching my doctor tell someone else that their precious baby girl had a brain tumor. She was quickly taken by ambulance to Arnold Palmer hospital in Orlando and we met with Jael's surgeon, Dr. Keyna Johnson, the next morning at 8 a.m. She gave us the first glimmer of hope. The tumor was contained and could possibly be benign - though she warned us that even a benign tumor in the brain is life threatening. Within a day we found out that, in fact, Jael's tumor was malignant and had the name Medulloblastoma. After she recovered in the hospital plans were swiftly made to start her cancer treatment. She spent three months at Arnold Palmer hospital receiving chemotherapy, followed by four more months at Shands hospital in Gainesville receiving high dose chemotherapy and stem cell transplant. On February 5, 2010 Jael finished her treatment and had a CLEAR MRI! We are so grateful to Dr. Smith and everyone at Shands and Arnold Palmer for all that they did for our little girl.