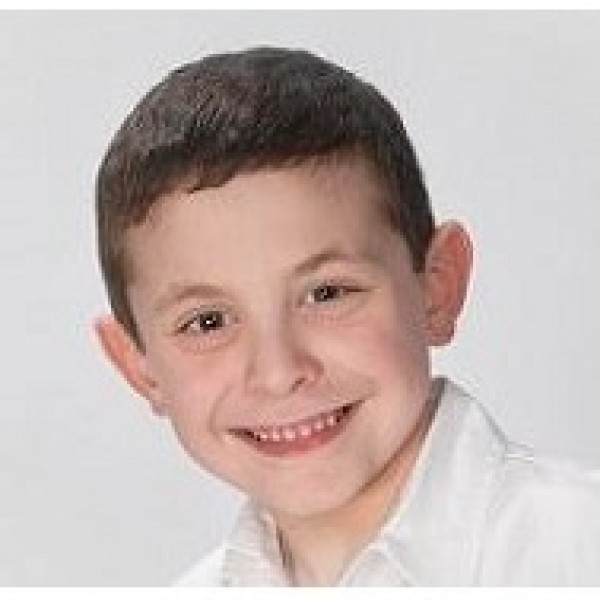 Theofanis (aka Theo) is currently seven years old, loves to play and watch sports, takes piano lessons, loves Legos, and wants to grow up to be President of the United States. He lives in Palatine, IL with his mom, dad, two sisters and fish. He is an altar boy and is very proud of his Greek hertiage. He skipped Kindergarten (he's a smart kid), and he's very proud of getting first place in the Science Fair for his experiement about viscosity last year. He loves math and reading, especially about Presidents. Theo loves to WIN! On May 4, 2011, Theo's family was told he has a rare childhood cancer called Neuroblastoma. Approximately 500 children are diagnosed per year in the United States. Theo was diagnosed as Stage IV, high risk, non-mycn amplified, Ganglioneuroblastoma subtype. Since that time, Theo has undergone chemotherapy, had his primary tumor removed, received two stem cell transplants, and recently completed proton radiation therapy. He will soon begin six months of immunotherapy and antibody treatments. During each phase of his battle, he's fought like a "champ"! He even continued to play soccer last Fall where he scored his team's winning goal during the last game of the season! To follow Theo's journey as he fights to win his battle against childhood cancer, go to www.theofanisspot.blogspot.com