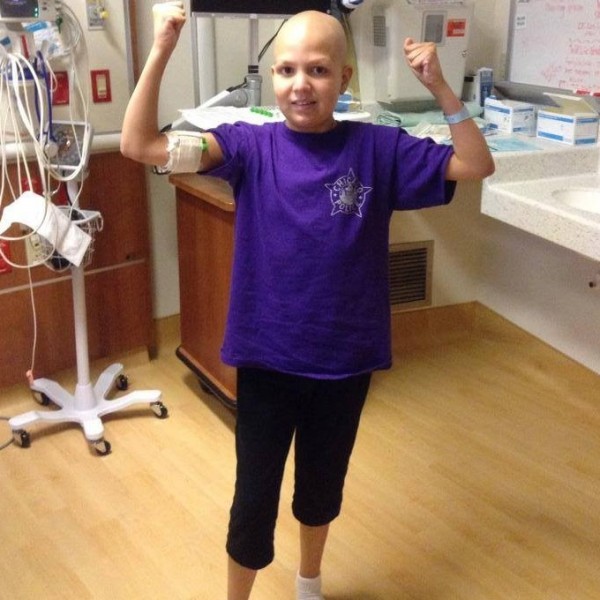 "Your child has cancer." "The cancer is back." "This is the last thing we have to try." Those are things said by Emily's doctors to us at different times since April 7, 2011. No parent should ever hear those words about their child. No child should have to endure what these kids go through just to live. They do their treatment knowing how precious life is, and how great it will be after they finish treatment.

Here's her story. Emily was diagnosed on April 7, 2011 with Stage III Non-Hodgkins T-cell lymphoblastic lymphoma at just 8 years old. T-cell lymphoblastic lymphoma is listed as highly aggressive, the most aggressive category of Non-Hodgkins Lymphomas. Emily's cancer caused a lymph node to expand to 10cm x 10cm in her left chest, completely collapsing her left lung, pushing her heart and airway over, and allowing her right lung to expand only 20% of it’s capacity. Emily had never complained, but that's how she is. Intense chemotherapy and steroids were initiated immediately, and the mass eventually disappeared. On August 13, 2013, Emily completed 2.25 years of chemotherapy.

Everything was going good, but in March 2014, Emily's cancer returned. She relapsed. Chemotherapy started again, but the cancer was growing despite the chemo. Radiation was used to put Emily into remission. On August 20, 2014, Emily received 350,000,000 of her sister Olivia's stem cells during a stem cell transplant. Just days before the transplant, Emily was given total body radiation and high dose chemotherapy in an attempt to kill the cancer cells lingering in her lymph nodes. Her sister Olivia's cells replenished her damaged bone marrow. The transplant itself was successful - Emily's marrow was 100% her sisters. Unfortunately, her cancer returned in January 2015 in three lymph nodes along her right rib cage. The radiation and chemo did not kill these lingering cells.

May 18th at 11:02 pm my beautiful Emily got to use her angel wings. She fought hard to the end. Her last gift to me was passing peacefully. Please help by donating to St. Baldrick's so a treatment could be found that works on all kids.