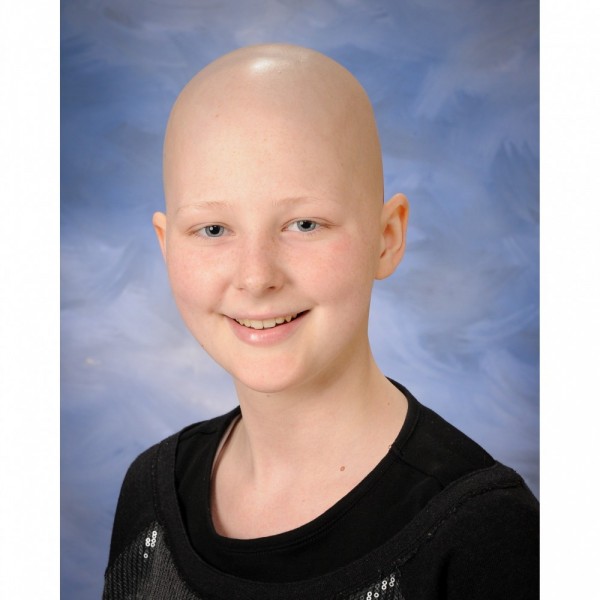 It all started with an unexplainable pain in my upper right tibia. I had not done anything to injure my leg and it was not bruised or anything so when I told my mom it hurt she told me "go be a kid and play outside", but for some reason my dad decided to take me to the doctor and thank God he did. The day I went to the pediatrician started like any other day. I went to school, ran the mile in gym, went to soccer practice, went to the doctor where she ordered an Xray and told me to rest my leg, and then against doctors orders went to volleyball. Little did I know that that would be my last normal day at school for the next year. The next day which was a Saturday I got up and went to get an Xray. The Xray showed what the pediatrician thought was a mass so she told us we should go to Sloan. That Monday we went and my orthopedic surgeon Dr. Morris ordered an MRI and a biopsy. Going in to the biopsy I knew there was a chance that I had what is called Osteosarcoma but I didn't know what it was and I certainly didn't think it was cancer because who thinks they may have cancer? That Friday I had the biopsy which showed that I had Osteosarcoma. I knew when I woke up I had it because they told me before the surgery that they would put in a mediport while I was under anaesthia if I had Osteosarcoma and I had one. Looking back on it now finding out that Osteosarcoma was cancer is a funny story... in PACU right after I woke up from surgery my nurse came in and told me that her cat had cancer and it had 3 rounds of chemo and is ok now and that I was going to be ok too. After I heard that I asked my mom "do I have cancer" to which she said "a little bit". Osteosarcoma is a bone cancer mostly found in children and young adults. This is a rare diagnosis and less then 350 kids are diagnosed with it a year in the US. My diagnosis was terrible but my prognosis was excellent. My tumor was caught very early and was one of the smallest tumors Sloan has ever seen, the tumor was also completely encapsulated in the bone, and the cancer had not spread to any other parts of my body – these are all good signs pointing to a good prognosis. So far I have had 26 weeks of chemo and 3 surgeries including one that was 16 hours long all of which has taken almost 10 months to complete. I still also have 3 more weeks of chemo and at least one more surgery maybe two. As long and difficult as my journey has been many other kids have it much worse. I decided to become a St. Baldrick’s Honored Kid because I thought maybe sharing my story would help raise more money which goes to pediatric cancer research and donating money to pediatric cancer research will help find a cure and prevent another kid from having to go through this experience.