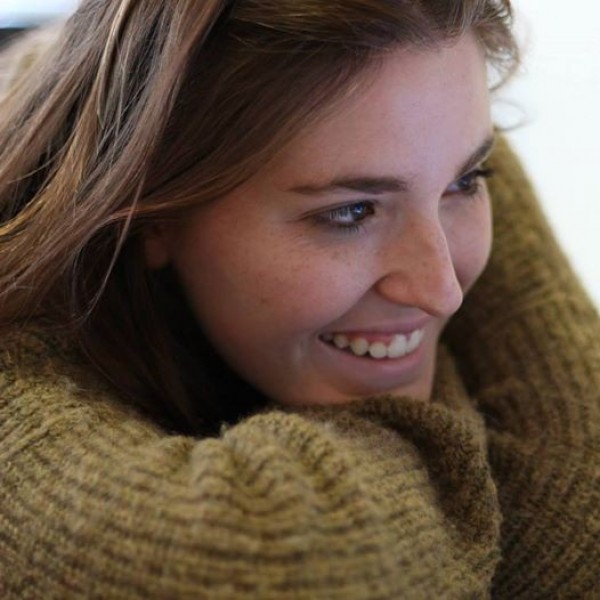 One of five St. Baldrick's Foundation 2013 Ambassadors Read more of Emily's story on our blog. Every summer Emily looked forward to travelling with her family and playing her favorite sport, tennis, while her younger brother, Max, went to camp. But in 2011, things changed. The pains Emily had been feeling in her shin were not the result of an injury. They weren’t growing pains, and they didn’t go away. In December 2011, Emily was diagnosed with a cancer of the bone, chondroblastic osteosarcoma, in her right tibia. Cancer was explained to Emily in a very straightforward way. At 16, she prefers not to be spoken to like a child. She’s old enough to understand the illness, its consequences, the treatment and possible side effects. Emily’s “whatever needs to be done” attitude has helped her through the 18 rounds of chemotherapy and a lengthy surgery to remove the tumor along with seven inches of her right tibia. She will be in a wheelchair until at least March 2013, but she’s building stamina each day. Her mom, June, says Emily is her hero - “proud, strong, a fighter.” Her father, David, has given her strength every step of the way. And Max has become her biggest supporter, doing all he can to make her laugh, even shaving his head in her honor at a 2012 St. Baldrick’s event. “My diagnosis put everything into perspective for me. I no longer care about the little things,” says Emily. She makes time to enjoy hanging out with her friends, going out to dinner, watching movies and creating beautiful artwork. And she looks forward to being an example to newly diagnosed teens. __________ Emily's story, as written by her family: Emily, who is 16 years old, is a student at Long Beach Polytechnic High School in the PACE program. She is an excellent, creative and motivated student and is also on the tennis team. She also attends confirmation at Temple Israel of Long Beach. She loves hanging out with her friends, watching television, traveling, shopping, and creating beautiful art pieces. Emily had been feeling pain in her shin during the month of November that we attributed to growing pains. When the pain did not subside, we believed she may have fallen or injured herself playing tennis. Though she did get a bump on her shin, she never got a bruise. In early December, Emily was playing tennis and was unable to concentrate due to an unusual amount of pain in her shin. We took her to see her orthopedist, Dr. Leah Pike, in Long Beach thinking she may have suffered a stress fracture.... but no such luck. On December 12, 2011, Emily was diagnosed with a chondroblastic osteosarcoma, a type of cancerous bone tumor, in her right tibia (which is the bone between her knee and ankle). We have been advised that it will take about a year of medical treatment , including chemotherapy and surgery, to fight this tumor but that the prognosis is good and in the end, Emily will be okay.