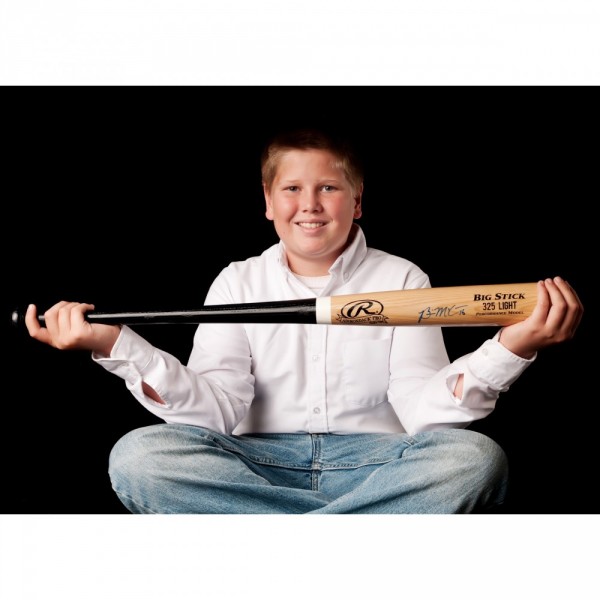 Our family continues each day to find ways to comfort families and provide better treatments for children diagnosed with Cancer. Prior to Jordan’s diagnosis in 2009 we had no idea the lack of funding for Childhood Cancer. Thank you to all those involved in St Baldrick’s organization to help carry out the dream of Childhood Cancer being obsolete in the future. Here is Jordan’s story…… Super Bowl weekend is usually an exciting time around the Wilson house with many friends gathering for a good time. However, in January 2009 it was very different. The week leading up to the big game, Jordan began to feel sick. Initially we thought it was food poisoning but it continued for a couple of days, so we went to the doctor and tests were done for both strep and mono. Both tests were negative, and we were sent home thinking it was a virus. Over the weekend, Jordan slept a lot and didn't eat much. The Super Bowl Game came and went with very little excitement. Calls to the doctor on Monday and Tuesday revealed that the cultures were negative. Still thinking it was just a virus that needed to run its course, we made sure Jordan drank lots of fluids and got plenty of rest. On Wednesday, we returned to the pediatrician's office. Jordan walked in, and the nurse was shocked at how sick he looked. The doctor took one look at him and thought for sure he had strep. After discussing the places on his legs called petechiae, she immediately ran a few blood tests. After what seemed like hours, she returned and asked me to come into her office. I had NEVER been asked to the doctor's "office" before. When I met with her she explained that we were being sent to the hospital for what she believed to be cancer, either leukemia or lymphoma. That is when our lives were changed forever. We rushed Jordan to the ER. He was diagnosed with a blood cancer called acute lymphoblastic leukemia (ALL). For a brief second, we felt completely helpless. Jordan had lost a good friend earlier that year to liver cancer, so we were familiar with children having cancer. Jordan was scared to death that he too was going to die. He was rushed into surgery to have a vas cath put in, and the doctors started his treatment that same evening. Our initial stay was 12 days in the ICU where he was on dialysis, a ventilator, and multiple chemo and nausea medications. It was the scariest time of our lives. Jordan was a trooper, as the doctors started to tell him what the plan for treatment was they asked if he wanted to be part of a study to save others. He responded yes and now these studies have helped to save our son and many others. To date, Jordan has completed two and half years of his scheduled three years of treatment. The first eight months were very hard, but now we are able to live a somewhat normal life. Jordan started his high school years as a freshman and still enjoys baseball and football,, even though treatment has not allowed him to play His chemo treatments have affected his joints and he is limited to low impact exercises. So, he has found a way to continue to be part of the team as an athletic trainer on the sidelines. He hasn't let cancer get the better of him. It has opened so many doors for Jordan and our family and we continue to enter into each one with great courage and determination. Jordan is loved by so many, and we are thankful for those that have joined us on this journey. I never wish an illness on anyone, but I am thankful for what it has done for our family. We are much closer than we were before, and live life to the fullest each day. We are grateful for the organizations that continue to fight this illness for better research and treatments and will continue to participate in fundraisers, and raise awareness for all childhood cancer patients.