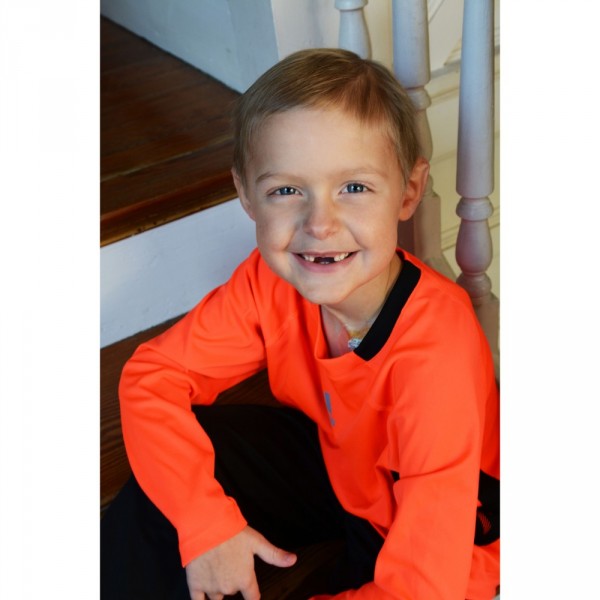 Holden was diagnosed with Stage IV Anaplastic Wilms Tumor in October 2010. He lost his left kidney, underwent chest and flank radiation, and went through thirty weeks of chemotherapy with five different agents as part of a Children's Oncology Group clinical trial. It was tough, but he was tougher, and he completed treatment on his fourth birthday. He was NED for 14 months, until we discovered he had a second tumor on his other kidney on August 14, 2012. Twelve weeks pf pre-operative chemotherapy were not enough to save it, and he lost that kidney as well in November 2012. He went through additional flank radiation, was on hemodialysis, and completed (!) fifteen weeks of post-operative chemotherapy in March 2013. After sufficient time cancer-free, he was to be eligible for a transplant. Unfortunately, as we were wrapping up his transplant evaluation and preparing for a living donor transplant, we discovered an aggressive mass in his lung. Holden had ten fractions of high-dose, targeted radiation to the tumor over Christmas break to try to stop it. Despite that hand that was dealt him, Holden was funny and full of life; he loved baseball and soccer, and he loved his big brother. He was happy and outgoing, a good friend to all. He moved between first grade and hemodialysis with an amazing grace and charm. There has been a tremendous amount of research already done on Wilms Tumor; however the rare anaplastic histology is harder to treat and harder to survive. So, as with every other pediatric cancer out there there remains more to done. Every child deserves a CURE. Research will get us there.