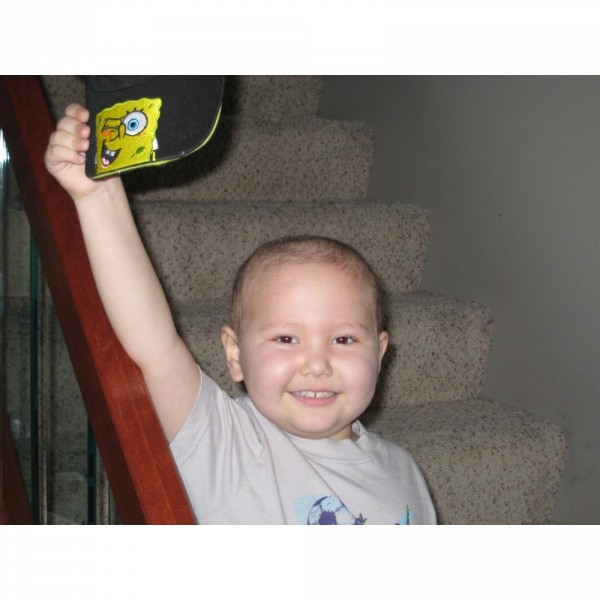 Reese- diagnoses ALL Sept. 28, 2006 September 21, 2011 In one weeks time it will be 5 years since my son Reese was diagnosed with Acute Lymphocytic Leukemia. Reese will be 9 on November 16. He is a very sweet but sensitive boy. Mostly content but worries often about little things. He loves to play video games, swims, water skiis, plays baseball and basketball and loves to tease his sisters-who are almost 16 and 18. At the beginning of September 2006, Reese was 3 years old. He started complaining that his leg hurt. We took him to his pediatrician several times. X-rays had already ruled out anything broken. After about three weeks of him crying and limping they ordered blood work to be done. Because of certain levels being off Reese had an MRI done. We were sent that day to Children’s in Omaha. The oncologist and radiologist suggested it may be leukemia. Of course we prayed and prayed it wasn’t but deep down I knew it was. The next day Reese had a spinal tap and bone biopsy done confirming it was Leukemia. That day he received his first dose of chemotherapy. He was in the hospital for 10 days before we were able to go home. It is really hard to describe the feelings we had back then. You are numb, sad, mad and yet, you as a parent know you have to suck it up to be strong for your child since I believe they feed off your energy. With Reese being only three it was hard for him. He just didn’t know what was going on. But he definitely was a champ about it. It is absolutely unbelievable to me the amount of medicine a child with Leukemia needs. In the beginning alone the chemo meds given to him by spinal taps, shots in his legs, IV meds and oral meds. On top of that he had to take meds for the side effects of his chemo meds. The side effects were horrible. 30 days of steroids is pretty much unbearable. He ate constantly. You name it, he ate it. He also was obsessive about food. We cringed when food commercials came on TV. We would go to the store and fast food drive throughs several times a day. The only time he didn’t eat was when he slept. Which wasn’t much, another side effect. There’s nothing like making a full dinner at 2 AM. He also quit being able to walk. That was really tough for him. He was very emotional, either crying or extremely angry a lot of that time. We dreaded cold and flu season. He was pretty much home bound that first winter. We were afraid to take him to stores or restaurants for fear he’d get sick and god forbid run a fever. Running a fever meant we would have to go to the hospital (an hours drive) for blood work and usually ended up in the hospital for several types of IV antibiotics for usually at least 4-6 days. We had bags packed, ready to go for that first year. So that is how it went for Reese. He finished with his chemotherapy December 18, 2009 (treatment for boys having leukemia is almost 3 ½ years) and for now Reese still visits the hospital for regular checkups. By looking at him you wouldn’t know he even has Leukemia. Aside from steroid week he is completely normal. Sometimes a little on the spoiled side but we wouldn’t want it any other way. He has taken all of this on like a champ and he makes us very proud. He is our very brave boy!